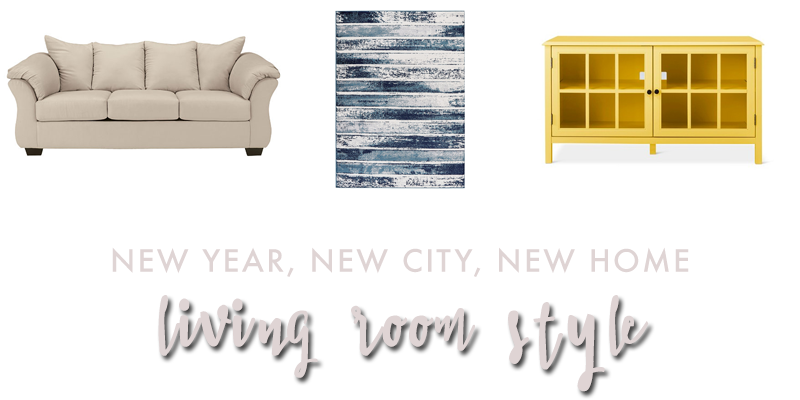 It was a long time coming, but Dani and I finally found a place in Chicago and moved to our new city (full time) at the beginning of the year! When I moved out of Nashville, I got rid of alllll my living room furniture, including my much beloved couch. As a result, we’re refurnishing the living room too, but it’s a bit awkwardly shaped without much room for a cozy couch like that anymore. Here’s my wishlist for what I would love to put in my dream living room!

Sofa: I had this guy in Nashville and I think it’s a little too bulky for our narrow living room, but I miss it desperately. It was long enough for my 5’11” frame to comfortably stretch out onto, super comfy, and hid stains really well. The microfiber fabric felt really great too. I miss this couch a lot.

Rug: Today we learned how to measure a room to pick out the correct rug size! I really like the different shades of blue and purple in this rug – it would look great against our gray walls.

END_OF_DOCUMENT_TOKEN_TO_BE_REPLACED 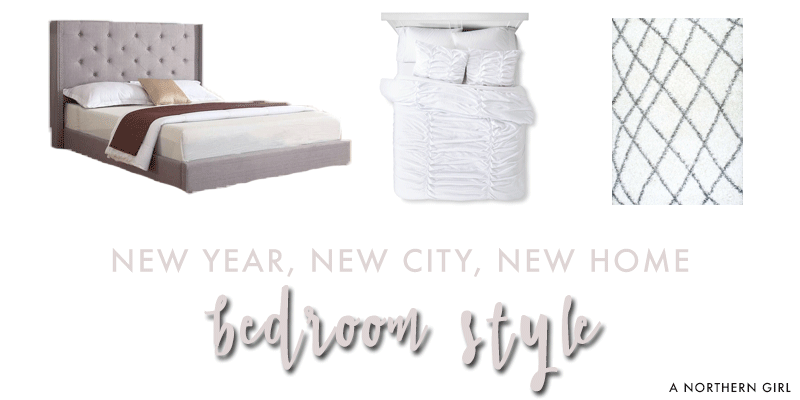 It was a long time coming, but Dani and I finally found a place in Chicago and moved to our new city (full time) at the beginning of the year. One of the most fun parts of moving has always been decorating my bedroom – since I got rid of almost all my furniture when I left Nashville, I had to start totally from scratch. In bed I like really cool colors – black, white, and grey. The walls in my bedroom are grey, so I’m trying to bring in more white through my bedding, furniture, and accents. Through the miracle of Amazon and sites like Wayfair (and my much-suffering friends who got recruited to help after I had surgery) I’m refurnishing and sticking to my budget. Here’s my vision board for some clean bedroom design if you’re looking for inspiration!

Bed: I’ve always had this vision in my head of wanting a tufted grey headboard and siderails, but it’s been pretty elusive to find anything close to my vision under $1000 (apparently I have expensive taste.) After endless hours of browsing Amazon for something I liked, I saw this one and pounced. One of the wings did come without the pre-drilled holes, so I called the company and they’re supposed to be sending out the replacement part. Once that’s on, I’m going to feel like the fanciest princess in my bed.

END_OF_DOCUMENT_TOKEN_TO_BE_REPLACED 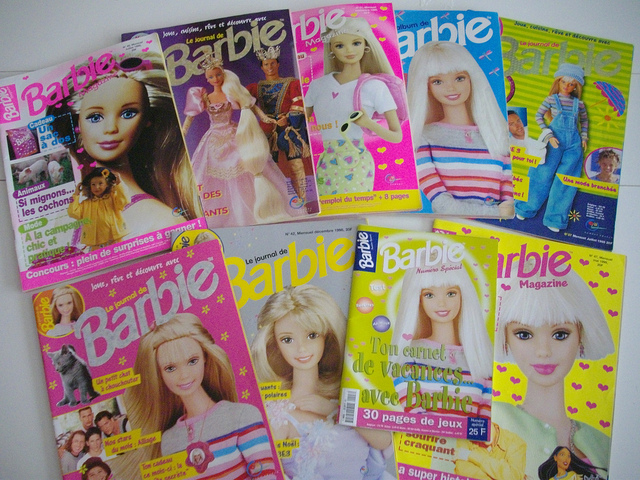 arie Claire is one of my favorite magazines – it includes information that is actually useful and interesting, and their online articles are just as interesting (not to mention that “What A Good Woman Does,” my new obsession, debuted there recently.) Every month, they close the mag with an “opposites” section, where they give a celeb a list of questions where they’ll describe the opposites of each topic. Since I’m a celebrity in my own house (since I live alone and everything) I thought I’d take a crack at filling out their survey. Who knows, maybe they will get wind of it and print me in the next issue! 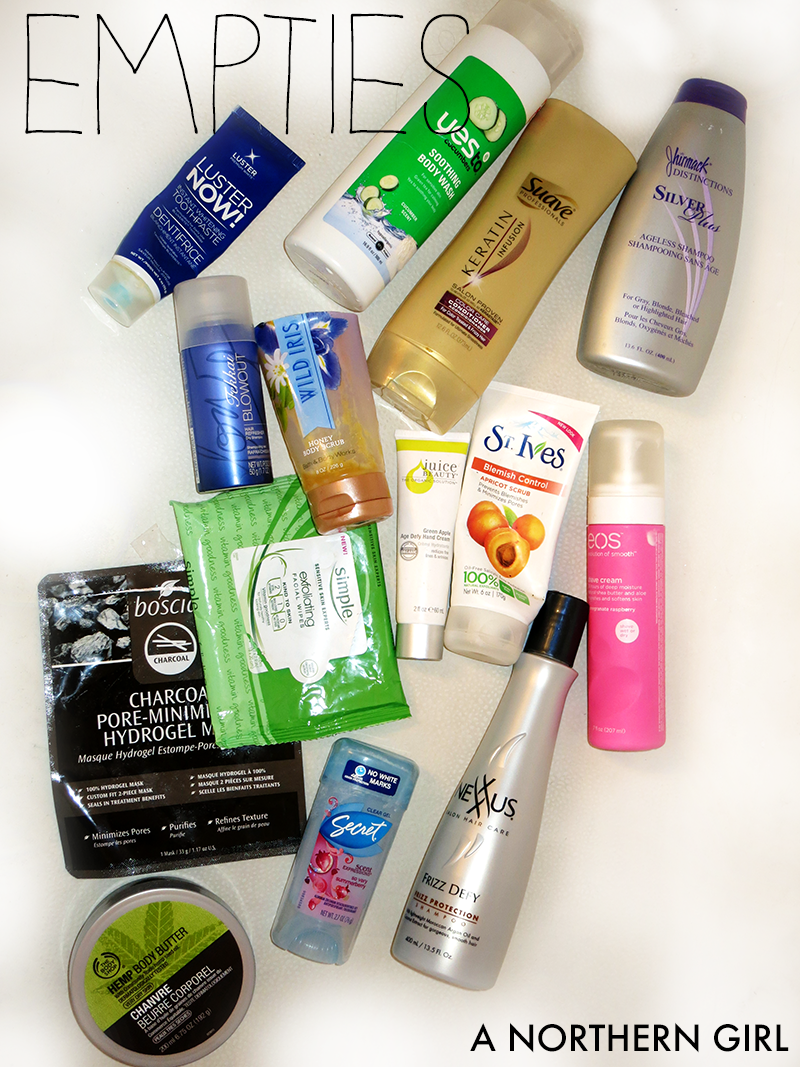 Since moving to Nashville with an embarrassingly large stash of bath and beauty products, I’ve really tried to focus on using things up. It’s been hard, because I really like to try new things and I always feel like I need to stock up during the Bath and Body Works sale, but I’ve put a fairly sizeable dent in the collection. While cleaning out my shower, I thought I’d do an empties post of some products that were sitting around that I recently used up!

The Body Shop Hemp Body Butter This is a holy grail product for me. I used to have horribly ugly and painful dry feet – most of it was that I was walking around for years severely dehydrated and having no idea, but even when I do drink the appropriate amount of water, my heels get really dry. This body butter is the thickest and most hydrating (without being greasy) that I have found – slather it on your feet, throw on some cozy socks, and it feels great. It’s also really good for any other dry, patchy skin, and I love the light scent. Repurchase? Yes, repeatedly

END_OF_DOCUMENT_TOKEN_TO_BE_REPLACED 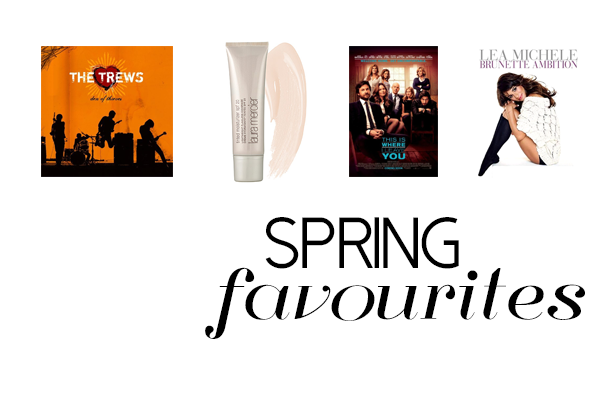 t’s been awhile since I’ve done a “favourites” post, even though they are some of my favorites to read (and write!) This time, though, I found it surprisingly difficult – it seems like I was in a rut for a few months not really trying new things or venturing out very much. There are a couple new things I’m loving, so let’s check them out!

Shark Tank: Shark Tank you guys, I didn’t know! I accidentally got into this show during the ice storm when I was staying with Sixx and his roommates, who all watch it. Since then, I’ve spent my weekends binge watching it since I now work from home, and these episodes are on demand. (And maybe I’ve been watching the old seasons online too.) It’s cool to see all of the products and ideas people come up with, and I’ve maybe bought into a few of the ideas and businesses that have been featured… 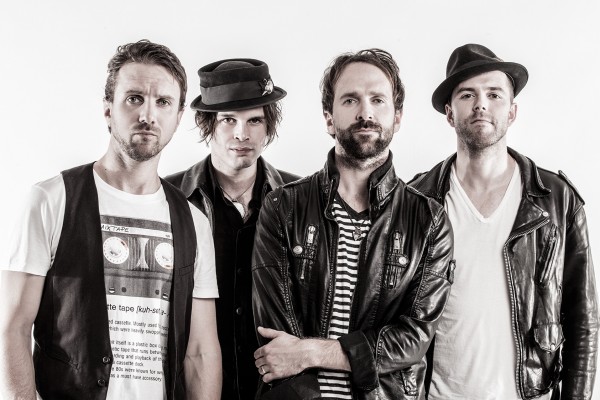 The Trews: Pedal Steel introduced me to this band a few months ago, and I’ve been digging them a lot lately. This Canadian band has a great alternative rock feel that reminds me of the greatest generation and even though Spotify just took down my favorite album of theirs, everything else is great so head over to Spotify to check them out!

This Is Where I Leave You: to be honest, the jury is still out on this movie for me. There were parts of it that I absolutely loved, but the ending left me absolutely infuriated. I won’t spoil it for anyone who hasn’t yet seen it, because I still think it’s worth the watch (especially if you love Jason Bateman or ensemble cast family dramadies), but I think I need to check it out again before I make a final call on it.

Laura Mercier Tinted Moisturizer: I really like to layer my SPF in the summer, and living in Nashville, summer comes a bit earlier. I’ve been using this under my beloved Urban Decay Naked Foundation and I love the little bit of extra coverage it gives vs. a primer with SPF – plus it’s super hydrating, matches my skin tone really well, and I can even use it on its own on a lazy makeup day.

Tennessee Brew Works Wit Wine: it’s no secret that I love beer. It’s also probably common knowledge that I work at a winery. We recently got in a new brew from TBW – a wit beer aged in cabernet wine barrels. It has almost a wheat-y taste, and is a perfect nightcap. (Of course I drank through the keg we had in, so it will be awhile before I can get this beauty back on my lips.)

Trello: I know I know, I did a whole post about my love for this cute little app, but it bears repetition. Using it for shopping trips is the newest gamechanger: I can make a list for grocery shopping as well as clothing chopping and check things off as I find them.

: Lea Michele is one of my favorite celebs, so I can’t believe I held out for almost a year before ordering her book. It came on a Saturday and during my lunch hour I tore through the chapter on Glee (of course.) The recipes look like food I actually could make, and this book reads more like a lifestyle blog. She should really get on starting one – I’m sure she definitely has time to blog while she’s on the set of Scream Queens 😉

What have you been loving this spring season?