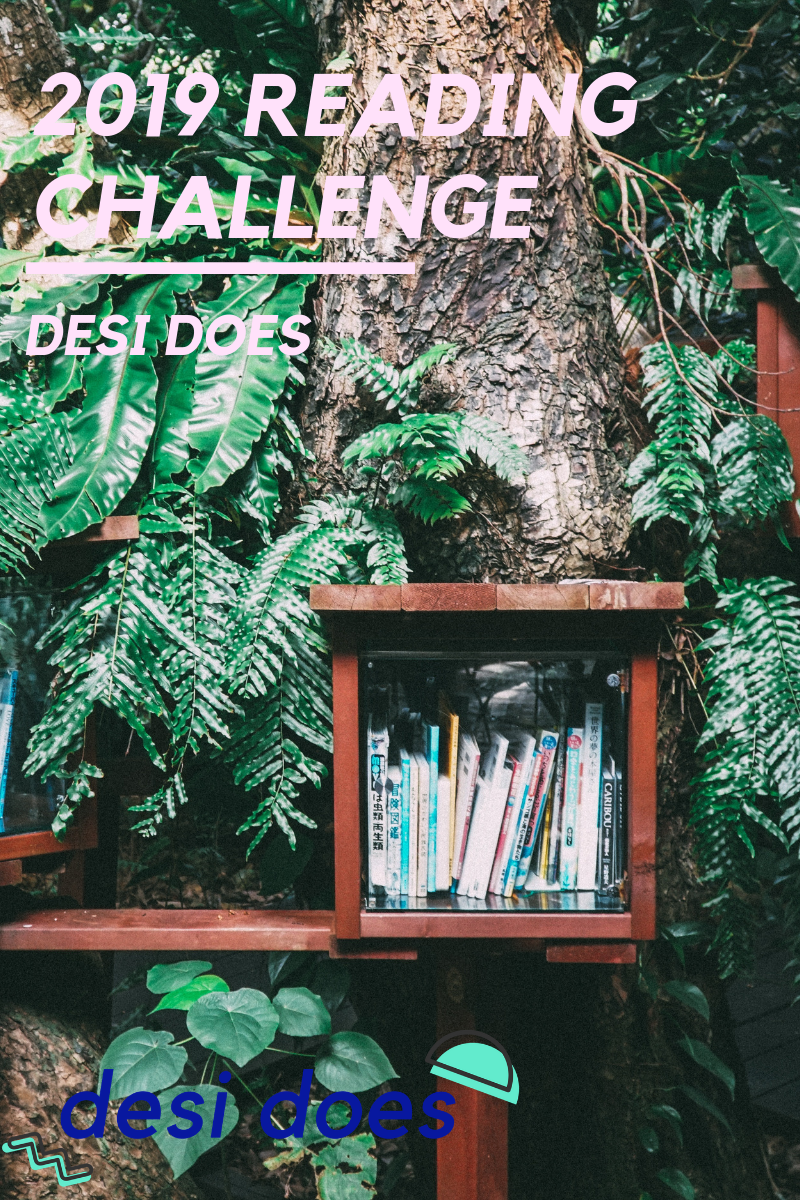 So this is it, welcome to the new year! Listening to this song by Motion City Soundtrack just after midnight is my annual tradition as I welcome the changing of the calendar. This year I was extra anxious, because I had nearly completed my 2018 book challenge, and everything else that I wanted to read next would fit the 2019 prompts that Dani and I had chosen.

Last year I managed to read 104 books, which is absolutely a record for me. (That many books, and I still managed to miss a few categories in the challenge. Grr.) I thought I’d revisit some of my favorite books as we gear up for the next challenge!

My Own Devices: Unsurprisingly, this was my book of the year. Dessa is one of my favorite musicians, favorite lyricists, and the writing in her first memoir is unsurprisingly lyrical. It examines the science of love, and if it’s possible to use science to fall out of it, and what to do when the person you’re in senseless love with is also part of your rap crew.

Marlena: This book was recommended to me by two friends, and I’m so glad they did. It’s the story of a woman looking back on her murdered best friend when they were growing up in rural Michigan, running amok and hanging out with the proverbial bad crowd. It’s told in alternating timelines – mostly in the past, with some modern day reflections, and I read it in about two days.

Broad Band: Did you know that the internet was built by women, and that women were the original computers? Even though I work in tech, I truly did not – I’d never really thought about the origin of the word “computer,” or how things were built. Claire Evans tells the stories of some of the most important and influential women in tech, and I haven’t stopped talking about this book ever since. (There were three people who got this for me at Christmas.)

Dark Matter: HOOOO BOY. I found this book while looking for books described as similar to Maybe In Another Life, which is my favorite book, and even though it’s a bit more sci-fi than I usually tend toward, it is incredible. It’s also set in Logan Square, where I spend a lot of time, so it was fun to picture the locations the characters would find themselves in. It made me think a lot about the ethics of things like the multiverse and cloning – you know, just casual topics.

Daisy Jones and the Six*: I’m a huge fan of Taylor Jenkins Reid, so when I heard that her next book was based in music journalism history, I was ecstatic. This novel is told as a narration – members of bands Daisy was affiliated with, as well as Daisy herself, tell a love story, a band biography, and paints the 1960’s rock landscape so perfectly you’ll think you were there.

Tell Me Lies: The cover of this book spoke to me, and I checked it out of the library without really even considering what it was about. Turns out it’s about a girl who continually tries to make a relationship with a man who clearly doesn’t care about her. Tina said that this book is for a particular audience, but that that audience would love it, and I agree.

Wintergirls: Clearly, I trend toward enjoying stories about self-destructive women. Laurie Halse Anderson is such a great writer, and the Wintergirls are two girls who bond over their eating disorders until one of them dies, and the other is forced to reckon with her feelings about her friend and her illness. I’d meant to read this for years, and I thought it was really well-written, and certainly didn’t glorify anorexia or bulimia at all.

Sharp Objects: This was actually my first Gillian Flynn book, and I really loved it. The writing feels dark, and the story certainly is – a journalist goes back to her hometown to look for connections in murder and missing girl cases. The protagonist is a cutter, drinks to medicate her depression, and I appreciated the familiarity in her coping mechanisms. I haven’t seen the Showtime series yet, but I aim to binge it soon!

For 2019’s challenge, we had brainstormed all year, noting prompt ideas and reading lists in our shared document. During roommate Christmas at Mindy’s Hot Chocolate (oh my gosh, so amazing, it’s a must visit in Chicago) we reviewed everything, cut out categories from last year that we hated (goodbye, Nordic noir!) and determined the 2019 challenge. 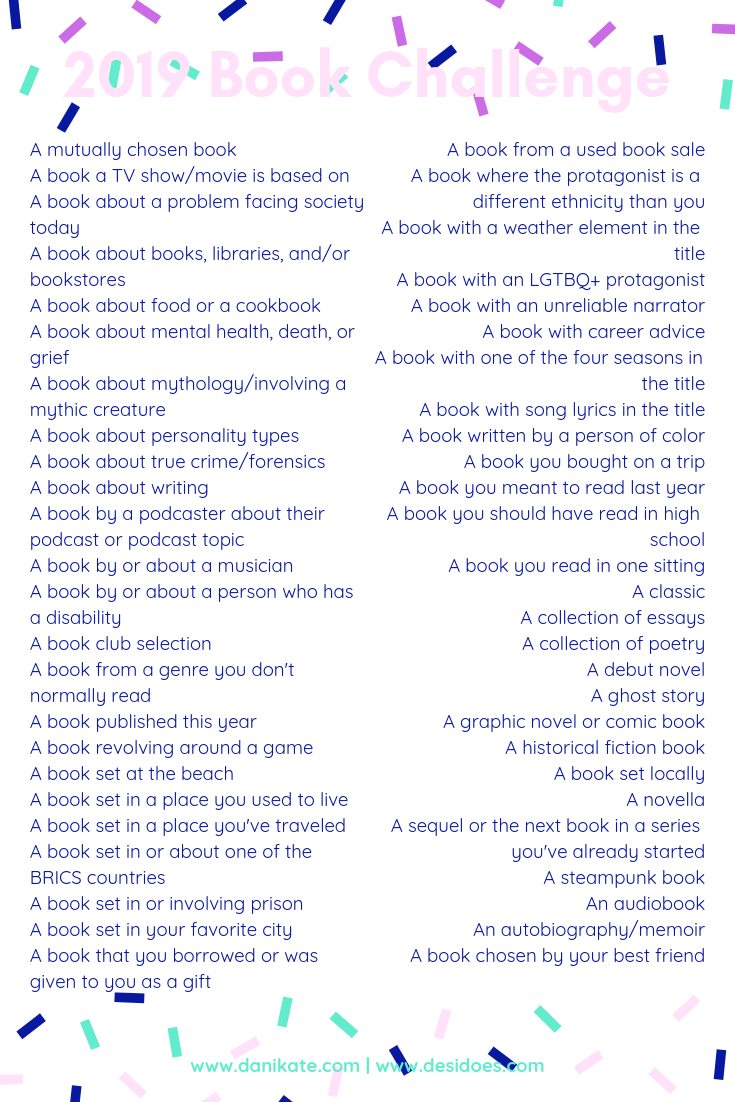 Do you do reading challenges? How do you force yourself to make it through books you hate?!

* I received an ARC of this book from the publisher for review. Thoughts and opinions are, as always, my own.