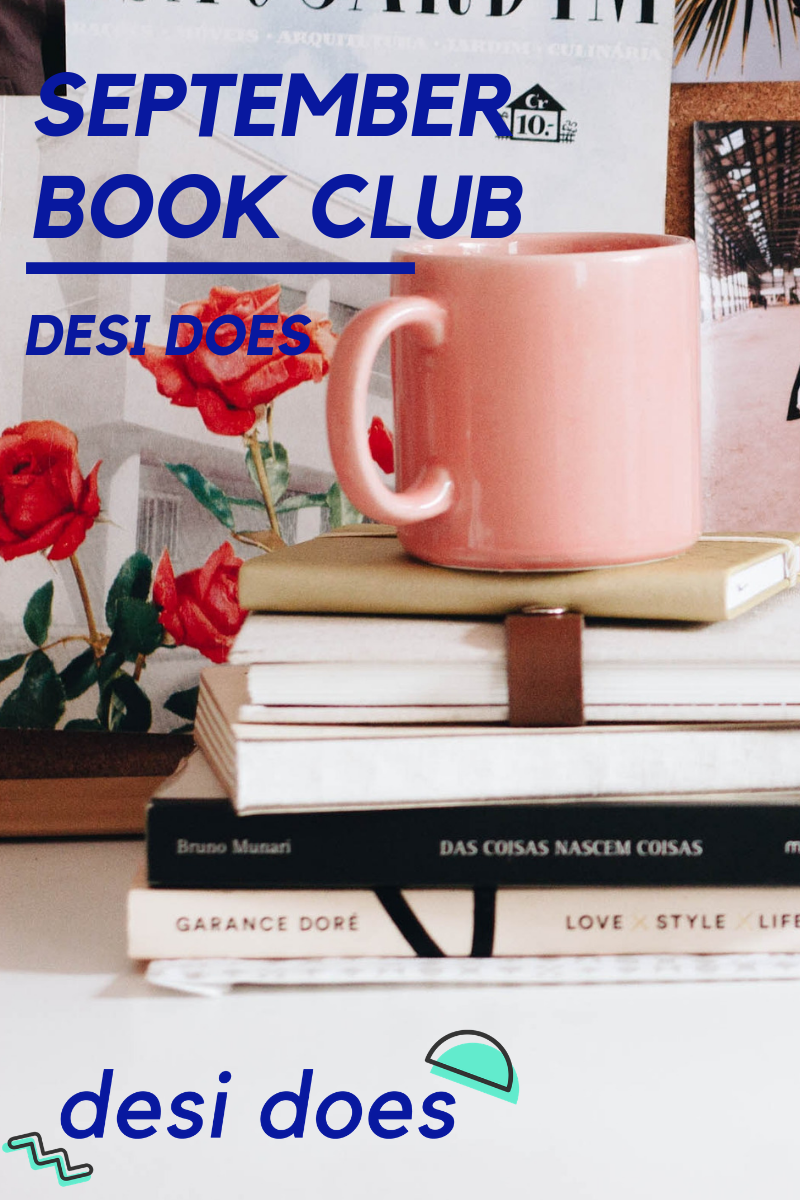 Like last month, September was a slower month of reading. I didn’t read as many books, but I think the page length evened out as I read some longer books this month. It also featured a re-read, which maybe shouldn’t even count! As the year starts to end, I’m assessing the holes in the reading challenge I still need to fill, while also keeping up with my library requests which are coming in fast and furious now.

My boyfriend got me a Kindle last fall, and turns out that has been the key to unlocking voracious reading. Dani and I also created our own reading challenge this year to increase our reading: 51 categories to prompt us to pick up books we wouldn’t typically read (or books that have languished in TBR-land for too long.) Here’s what I read this month, including what you should pick up and what you should let lay!

Astrophysics for People in a Hurry: Neil deGrasse Tyson is such a gift. He narrates the audiobook (which I listened to in one sitting on the way to and wandering around Riot Fest) and presents these huge concepts in really relatable, digestable bites. It’s also short enough that anyone could read (or listen to) really quickly, so it’s definitely worth picking up!

Broad Band: The Untold Story of Women Who Made the Internet: This book was amazing. I can’t say enough how highly I recommend it. I’ve heard Grace Hopper’s name, but I never knew she was essentially responsible for modern programming. I didn’t know that “computers” were actually a job at first, all computations done manually, and usually by women. I had never heard of the ENIAC 6, or about so many other things in this book, and so many women who kind of blazed a path and a place for women on the internet, in computer science, and technology.

Night Moves: Hoooo boy, did I have feelings about this book. I really wanted to like it. I wanted to let go of some of my recent opinions about Jessica Hopper. Some backstory: I was a really big fan of hers in college, and basically up until last year. And then during a run of shows I attended by my favorite band, she wrote some not-so-nice tweets about girls in the front row of those shows (saying she wanted to write a “fanzine” about us, and insinuating we were victims of the patriarchy and brought to these shows by men rather than attending on our own volition.) So I really wanted to put all that aside and go back to liking her and her writing again… but I just couldn’t. That band is featured in this book (really the only one that is name dropped at all, which feels out of place) including incorrect facts about what band member plays what instrument. We get it, you know the band. No one is impressed. Ugh. There was also a real absence of women, and I get that it’s supposed to be a journal based around that time in her life and that maybe she only had one friend of a friend who was a girl, but it felt lacking to me. Maybe someone else would like it, but it didn’t work for me.

I do agree with her on one thing, though – Chicago truly is the city that doesn’t give a shit.

The Year of Less: I put off reading this for a long time. It’s written by Cait Flanders, a PF blogger I used to follow religiously (she was formerly Blonde on a Budget, then later rebranded to her own name once she was no longer writing anonymously.) This is another book I was skeptical of, and I’lll totally cop to why – I was jealous of her. I’ve been jealous of a long time. Her blog was wildly successful, she was able to become a super successful freelance writer, and she’s a minimalism dream. So I didn’t want to read the book because I didn’t want my nose to feel “rubbed” in it. I listened to the audiobook on Hoopla (Cait narrates it) and ended up loving it. She likens consumerism to other kinds of addictions, talks about skeptical family members, and even the emotional connection to stuff and things. I really enjoyed it, and I’m looking forward to my own six-month non-essential shopping ban starting next year.

My Own Devices: This is a re-read, and I normally wouldn’t include that here, but this book came out recently so I wanted to hype it again. Dessa’s creative non-fiction book of essays is well-written, touching, and thought-provoking. She strings one story thread throughout the book – through different essays and sections, the story of her long-term relationship and how she finally used science to get over him. She gave a talk here a few weeks ago and I got to ask her some questions. If you’re anywhere near the book tour, I definitely recommend going – Dessa is super intelligent and I felt so inspired throughout. (And if you check out the next Chicago event, you’ll see me there!)

The Book of Essie: This YA book has been getting a lot of buzz and was a Book of the Month club pick, so I was pretty excited about it. The family in it seems to be based loosely on the Duggars, and it’s a story about their baby girl who gets pregnant and appears to not have a say in the choice that’s made for it. It’s an interesting perspective, and I liked how the manipulation in it wasn’t necessarily negative.

Bitch Planet Vol. 1: Evan suggested this to me months ago, but I just got around to it. I’ve never read comics before (except the Archie comics when I was younger) so it was a little hard for me to adjust to. It took awhile to get into the flow of not only reading it, but piecing out how the story started. I did really love it though, and definitely recommend!

An American Marriage: I read this to fill our prompt for “An Oprah book club pick” and because there’s just been so much buzz about it being the book of the year. I found it to be… just okay. The story itself is of course infuriating – a black man accused by a white woman, then prosecuted without evidence – but I found one of the main narrators so unlikeable for the start that I almost quit reading. I powered through and I did like the ending, but it was a challenge to get there since I disliked one of them so much.

What else should I read next?