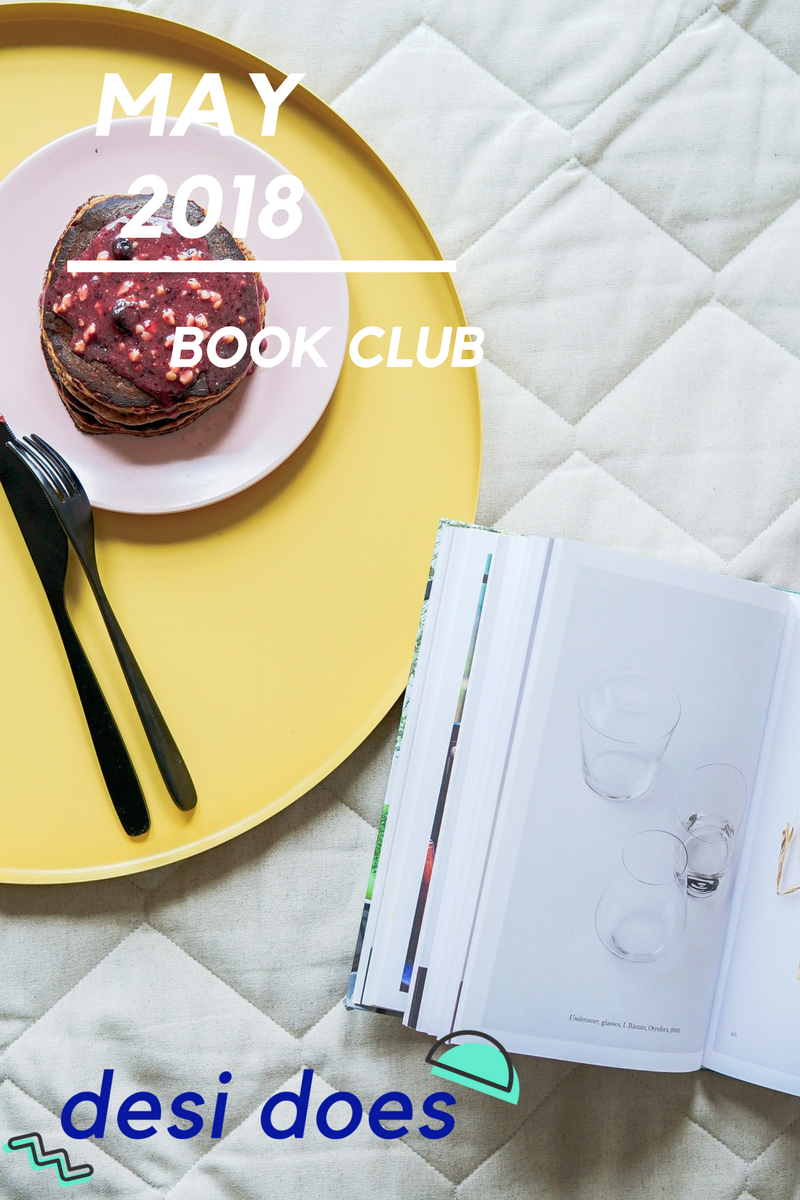 I’ve been reading more than ever the past few months. My boyfriend got me a Kindle last fall, and turns out that has been the key to unlocking voracious reading. This month was even more excessive than normal – a flight to California allowed for some dedicated reading time, and (finally) having really nice weather and setting up the patio office meant I just wanted to camp out with coffee and a book at all times!

Dani and I also created our own reading challenge this year to increase our reading: 51 categories to prompt us to pick up books we wouldn’t typically read (or books that have languished in TBR-land for too long.) Here’s what I read this month, including what you should pick up and what you should let lay!

My Own Devices*: My queen Dessa wrote a memoir. And what an amazing story it is. I’m going to do a full review post on this eventually, but I’ll just say that if you’ve ever struggled in moving on from a breakup, this is a really fascinating read. It is absolutely the best book I’ll read this year.

The Pisces*: When I first read the summary of this book aloud to Dani, I thought there was no way I’d ever read it, but the book buzz got to me and I picked it up on Netgalley. This book was sexy, but I hated the main character. Which was possibly the point, but there was nothing redeemable or likable – maybe it’s because I felt too close to it, having someone similar to Lucy in my own life. Wouldn’t really recommend this one.

You’re Never Weird on the Internet (Almost): This was a random pick from boyfriend’s Audible account, but I ended up liking it a lot! It was really interesting to hear her backstory – I don’t know very much about Felicia Day, but I loved hearing about her weird upbringing, being in college and loving both math and music, and then how she turned her video game love into a TV show on her own terms. This would be a good one to read or listen to when you’re feeling like you’ll never reach your goals.

Is Everyone Hanging Out Without Me?: Yep, finally. I was super behind on this train, despite borrowing it from a friend a few years ago. I listened to the audiobook of this, primarily on the plane to and walking around LA, and there were parts that were just fall-down funny. On the off chance that there’s anyone who hasn’t yet picked this up, Mindy narrates the audiobook with some special guest appearances, and it’s a really good palate cleanser.

Dark Matter: Another one I’m a few years behind on, but HOLY COW WHAT A BOOK. I could barely put it down, and then shouted extensively for my boyfriend to read it and he finally acquiesced. I don’t read a lot of science fiction, which I think this technically is, and it’s a little bit in line with my Maybe in Another Life obsession. If you haven’t read this yet, put it on your list and read it next.

We Were Liars: I liked the slow reveal of this book, but something about it didn’t hit for me. It’s a YA, which I love, and I’ve never read a mystery in that genre. In We Were Liars, you don’t really realize that it’s a mystery until the character starts to have some memory restored from her amnesia. I used this for our unreliable narrator prompt.

The Wife Between Us: I can’t think of another book this year that had as much buzz as this one, so when my library hold came through, I dove in full speed. It was… not a book I would recommend. About 60% through the book when it starts to be clear what’s happening, I was having a lot of thoughts about trust and control and emotional manipulation in relationships – this is something I think about a lot anyway lately, so maybe I’m just more in tune to it. If you’re a person with baggage around that, maybe skip this book until you’re a good many years of therapy removed. I think the epilogue unraveled the rest of the story. I wish the beginning had been a little more clear and obvious what the viewpoints were. I did like how everything wrapped up and connected but absolutely thought that final twist was unnecessary and really hurt my opinion of the book as a whole.

Pivot Point: Another book I read mostly in LA, this was less of a casual pool book. Pivot Point is YA, and a little bit more in the fantasy realm than I typically delve, but it was suggested for fans of Maybe in Another Life, so you know I was on it. I really liked it a lot, though I think it could have had better character development for some of the secondary characters. It’s a double timeline, and really easy to read.

Split Second: The sequel to Pivot Point. I didn’t like it quite as much, but I liked spending more time with those characters.

The Myth of the Nice Girl*: I loved this book, and am going to do a full review post on it. Being nice is something that I struggle with often, especially in a male-driven tech environment. This book helped me work on my communication skills so that I can still be assertive while still making connections with my co-workers. I’ve always been very empathic, and The Myth of the Nice Girl helped me see that in business, this can be an asset rather than a downfall.

The French Girl: Earlier this year I’d been hearing about this everywhere in the book blogopshere, so I was excited when my hold finally came through. I really liked this. It wasn’t the typical over the top thriller or mystery, and I liked that as you read, there were a lot of plausible culprits for the crime. I also liked that there was a happy ending for everyone that deserved it, unlike many other books in this genre.

You Are a Badass at Making Money: This had been on my TBR for awhile, so I grabbed it before my Scribd trial ran out. I really like Jen Sincero’s woo woo, and working on my money mindset is something I’ve needed to focus on. The book definitely helped, and I want to read the physical book as well to reinforce the lessons.

Tell Me Three Things: This was a cute book. It was basically what I had wanted Simon vs. the Homo Sapiens Agenda to be. In this book, a new kid starts getting emails and IMs from a mystery student – they connect, and it helps her adjust to her new school. I liked this one a lot more than Simon – the main character was charming, you understood why she was struggling, and I wasn’t sick of her voice and stupid decisions by the end.

Belly Up*: Short story collections are hit or miss for me, and this one ended up being a little more challenging than I thought. The description sounded right up my alley – mediums, ghosts, and psychics! – but it fell flat for me. Some of the stories were hard to read because of their structure, but some of them I did really like (the ones that were actually about mediums and ghosts, go figure.) If you’re a fan of short stories and unique voices, pick this one up.

PBS’ Great American Read just started, and there are a few books on that list I’ve been meaning to pick up, so I’ll read along in June, and continue to make a dent in my Netgalley backlog!

What did you read this month? Anything you’re looking forward to coming out this summer?