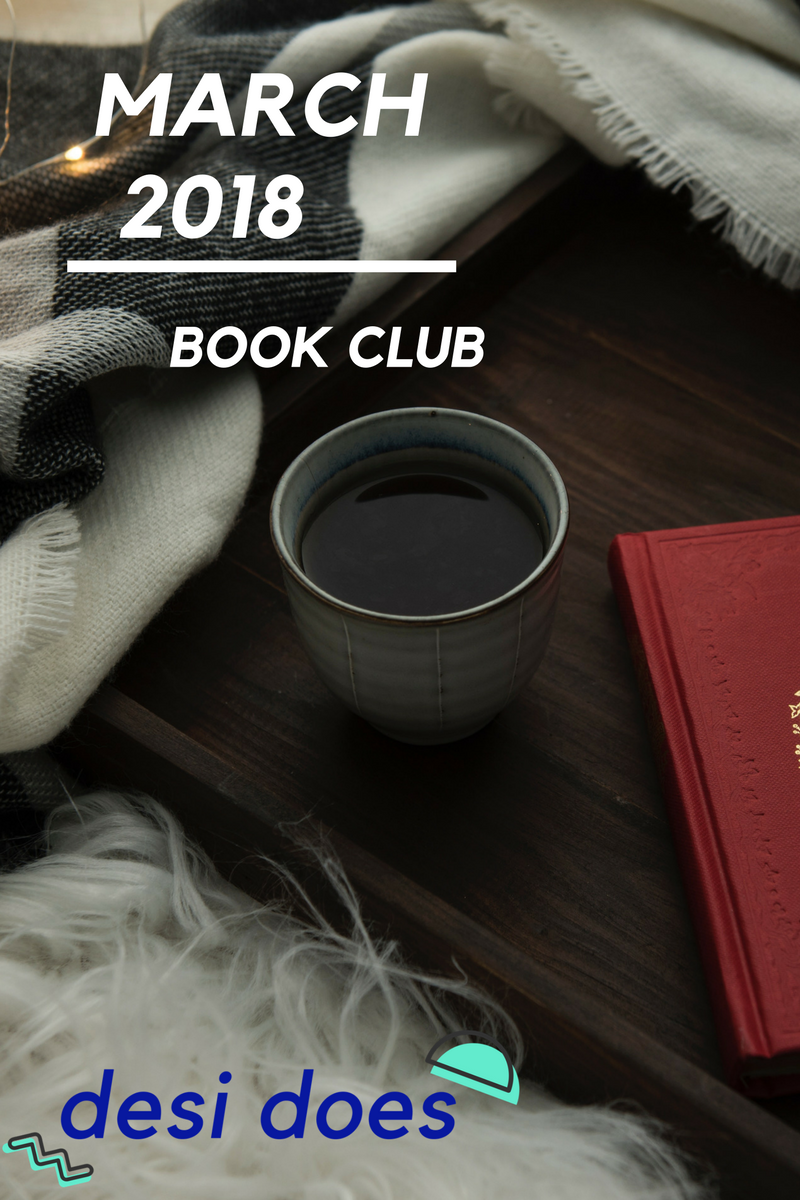 I’ve been reading more than ever the past few months. My boyfriend got me a Kindle last fall, and turns out that has been the key to unlocking voracious reading.

Dani and I also created our own reading challenge this year: 51 categories to prompt us to pick up books we wouldn’t typically read (or books that have languished in TBR-land for too long.)

*Denotes that the publisher provided an ARC for review and honest feedback.

Note to Self: I really wanted to like this book. I really, really did. Great cover and I love the different media – between photos, essays, and poems, it seemed right up my alley. I wasn’t sure who the author was, but he makes it clear in the first couple of pages that I should – whoops, sorry about your ego. I did like the photos a lot and recommend reading on a color device or physical copy to really appreciate them if you do decide to read it. There was some pretty blatant John Green plagiarism going on, though, so I wasn’t a fan of that either.

When Breath Becomes Air: When my mom was in the initial stages of getting tested for a cancer recurrence, I picked up this book because it’s been so highly recommended and I knew the author died of cancer. I didn’t love the narrator so it was hard to really get into, but it’s a rare book that I would re-read physically after trying to listen to the audiobook.

Final Draft*: I really liked the slow unwind of this plot – the main character’s growth happens slowly over the book, which I really enjoyed. There’s not one impetus for change, there are several, and it’s believable that each change would affect Laila the way it does. The main character is a writer, and I also liked that there were parts of her stories woven in.

The Showrunner*: This was a really fun chick lit read that will be a perfect beach read. Focusing on three women who are producing an up-and-coming hit TV show, the drama between them, and what lengths they’ll go to to come out on top, there’s a twist toward the end of the book that I didn’t see coming. I liked the format of the book – entries from one of the character’s journals keeps the story moving along between scenes – and it will be great for summer vacations or road trips.

Good Clean Fun: I’m arguably not the target audience for this book, but I’ll listen to Nick Offerman say or read anything. This actually was a great memoir about the people he’s become close with because of woodworking, and I recommend it if you’re a Parks and Rec fan or if you’re into Wilco, as Jeff Tweedy performs some songs Nick wrote to accompany the book. And of course I suggest the audiobook for this one – there’s no voice more calming than Nick Offerman!

I’m Just a Person: Another book I picked up in the aftermath of finding out my mom has cancer. I love Tig Notaro, and I remembered the Fresh Air interview she did a few years ago talking about her now-famous set at Largo shortly after her diagnosis. I finally listened to that set while reading the book, and it’s so interesting how the delivery changes all the meaning. Listening to Live, the album released after the show, she sounds affable, not scared, and very funny. In the book, you hear her trepidation and fear, and they should definitely be read/listened to together.

August and Everything After*: This was a fun, easy read – a good palette cleanser between the more fact-based non-fiction I’ve been reading. The main character, Quinn, joins a band on drums, shows an aptitude for sound engineering, and stands up for herself when a boy tries to use her. YA could use more protagonists like her.

Choose Your Own Misery: Dating: This was a funny book that lets you assume different dating personas and swipe on through the book – it was really funny. First I answered as though I normally would in the scenarios, but I read through it a few more times trying to just make the dates and relationships as funny and ridiculous as possible, and the authors definitely rewarded that stance! This would be a really funny gift for any serial singles, or anyone trying to navigate the weird world of dating apps for the first time.

A Taxonomy of Love: Told through narrative, letters, emails, and chat logs, it’s a sweet love and coming-of-age story. It’s a little different from other YA romances – there’s a death and disability woven into the love story – and I liked seeing the main character come into his own, connect with his father, and get redemption after a misunderstanding lasting several years.

We Should All Be Feminists: One of my goals this year was to read more books by women, particularly women of color, and more books about feminism. This is actually taken from a TEDx talk Adichie gave, and brings up some great points. Being called a feminist shouldn’t be a bad thing – and we should all stand up and be proud to be feminist and demand equality.

Murder, Lies and Cover-Ups*: For the “book about conspiracy theories” prompt, I was struggling until I saw this pop up in NetGalley. I was pretty pumped – five celebrity deaths and a study into the conspiracy theories behind them. It was… not what I expected. My first major problem was that the author says that Elvis was discovered by Sam Phillips at Sun Records – not true. Sam had repeatedly rebuffed Elvis and finally the receptionist Marion Keisker passed along a 45 that Elvis had recorded on his own… but I digress from this lesson in Powerful Women in the Memphis Music Scene. For four of the celebrities, the author does present some conspiracy theories – then he closes the book with Michael Jackson, which he doesn’t posit any conspiracies or murder theories for – he basically says that addiction killed him, which is true. (He also, oddly, includes part of a Conrad Murray interview where he talks about holding Michael Jackson’s penis. It’s an odd thing to include, and feels very unnecessary.) I don’t really recommend this.

Mother, Can You Not?: I’m listening to a lot more audiobooks with my new role at work, and I’m finding that pithy comedy or memoirs are the best to listen to. This book is based on the CrazyJewishMom Twitter account, and it’s voiced by the real life mother/daughter duo. I can’t relate, but it’s hilariously funny.

sMOTHERed*: I’ll do a longer review on this in a few months but I LOVED it. It was great to read in conjunction with Mother, Can You Not? because those two women would have a lot of things in common.

Everybody’s Got Something: With my mom’s recent cancer diagnosis, I’ve been doing a lot of reading and listening to books by survivors. I’ve always admired Robin Roberts, and her memoir reinforces that for me. Not only is it reassuring to hear about her medical journey, she also discusses losing her mom and the hospice process they went through with her – very similar to what we went through with my grandma. It’s a nice reminder that you’re never really alone.

Hot Mess*: Reading this has been interesting. It might have just been me, but I was taken on a real journey about Benji – he went from sounding like the dream, to the reader being very skeptical of him – or maybe it’s just that I’m pretty trained to look for addict behavior (thanks, Dr. Drew.) I did think it was a pretty good book, if a few pages too long.

What are you reading this month?