She Regrets Nothing review

I received an ARC from the publisher in exchange for an honest review. 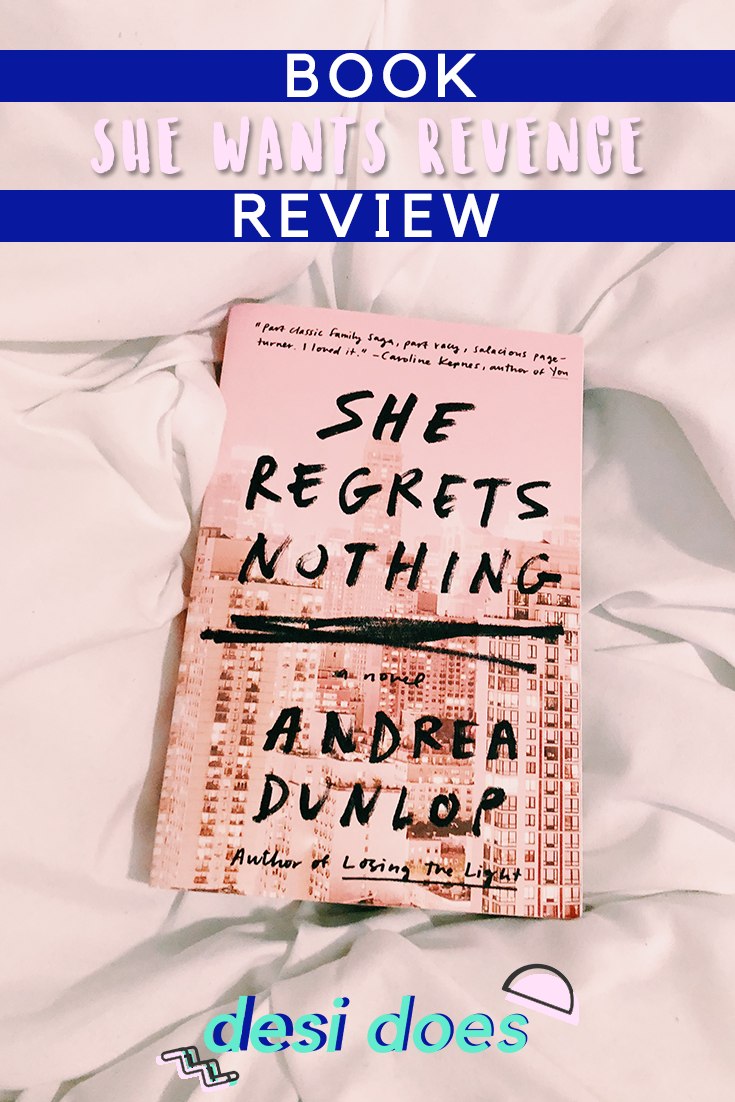 I first heard about She Regrets Nothing by Andrea Dunlop months ago when Taylor Jenkins Reid tweeted about it, and immediately I fell in love with that gorgeous cover. Since Jenkins Reid is my favorite author, I was quick to add this to my TBR list without any further information. The book synopsis, for those not as quick to sign on to a novel:

In the tradition of The Emperor’s Children and The House of Mirth, the forgotten granddaughter of one of New York’s wealthiest men is reunited with her family just as she comes of age—and once she’s had a glimpse of their glittering world, she refuses to let it go without a fight.

When Laila Lawrence becomes an orphan at twenty-three, the sudden loss unexpectedly introduces her to three glamorous cousins from New York who show up unannounced at her mother’s funeral. The three siblings are scions of the wealthy family from which Laila’s father had been estranged long before his own untimely demise ten years before.

Two years later, Laila has left behind her quiet life in Grosse Point, Michigan to move to New York City, landing her smack in the middle of her cousins’ decadent world. As the truth about why Laila’s parents became estranged from the family patriarch becomes clear, Laila grows ever more resolved to claim what’s rightfully hers. Caught between longing for the love of her family and her relentless pursuit of the lifestyle she feels she was unfairly denied, Laila finds herself reawakening a long dead family scandal—not to mention setting off several new ones—as she becomes further enmeshed in the lives and love affairs of her cousins. But will Laila ever, truly, belong in their world? Sly and sexy, She Regrets Nothing is a sharply observed and utterly seductive tale about family, fortune, and fate—and the dark side of wealth.

– Goodreads Synopsis for She Regrets Nothing

For me, the best part of the book was the character development woven throughout the book – there’s not a lot of it, because part of the story is how unlikable and shallow these people are. But the main character, Laila, starts out as sympathetic – she doesn’t start with the life she should have had, and you really love to hate her. After her mom dies and she moves to New York City to join the rest of her family, living with her spoiled brat cousin Nora, she starts to get engrained with high society and things take a turn as she gets deeper and deeper. Think sex, lies, and cell phone pictures. 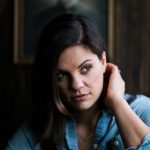 There’s a twist toward the end of the story that I never saw coming (and I pride myself on predicting these things.) It did seem like it was just a touch too long – the first 2/3rds could have been combined a bit – but I did really like the ending and how things turn out.

This Gossip Girl-esque family drama is a really nice late winter read – get snowed in, fluff up the pillows, and spend the weekend in NYC with the Lawrences. Andrea Dunlop‘s voice is the perfect timbre for these characters, but at the same time, if those types of characters don’t speak to you… steer clear of this one.

What are your favorite snowy day reads?