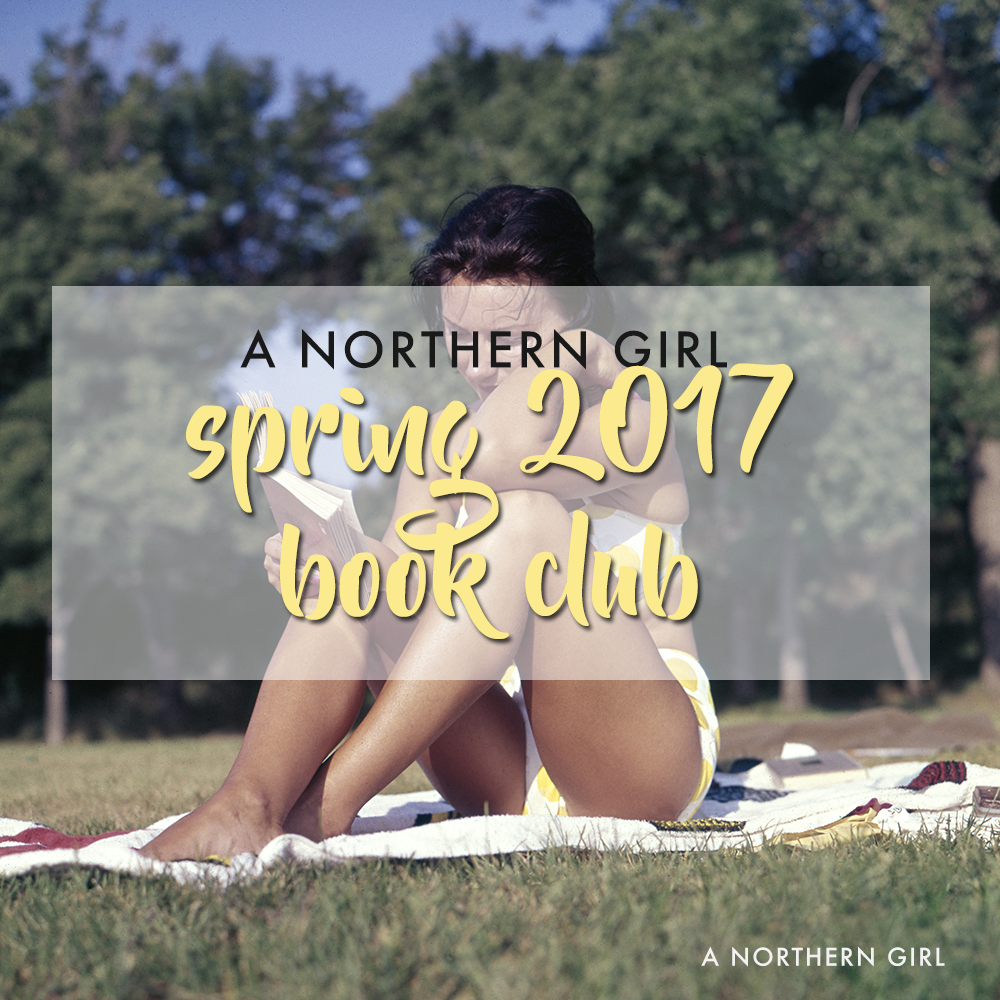 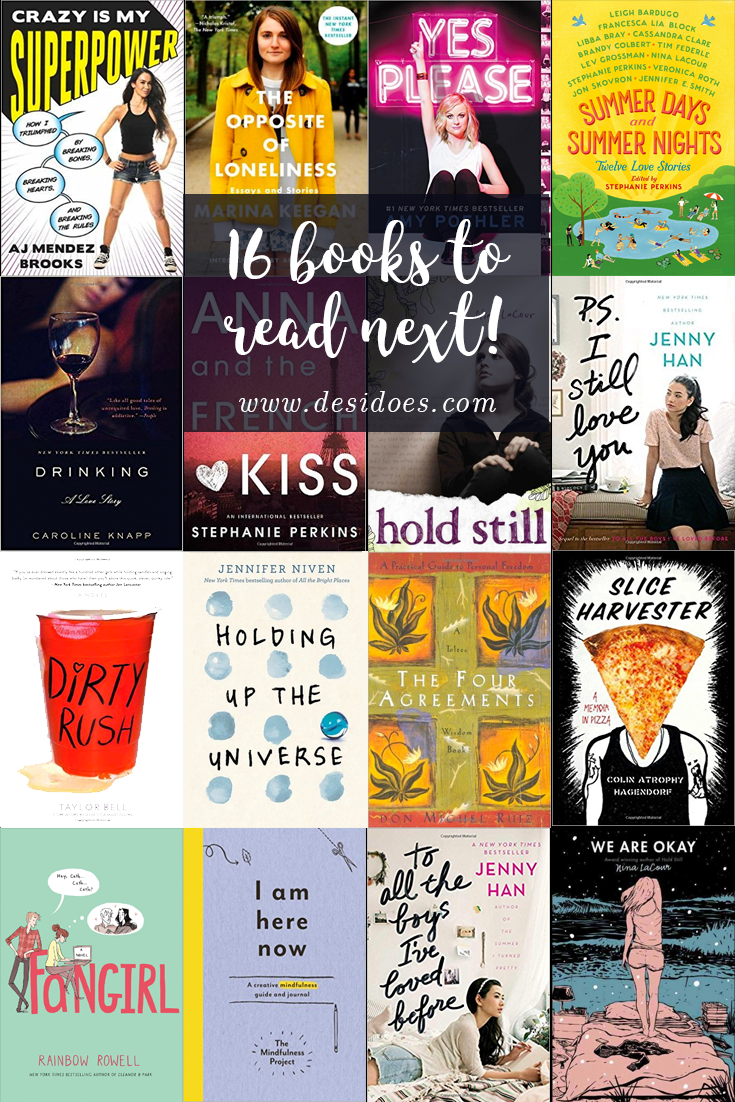 It’s been quite awhile since the last reading check in! I’ve been reading a lot these past few months – even more than normal. Something that was a bit different is that I found myself reading a lot of books that I ended up not really liking, or feeling like they were worth the time. I don’t actually read series very often because if I find halfway through the first book that I’m hating it, I’d feel obligated to finish anyway, and I started a series as well.

Anyway, there are enough words to share about the books – let’s get on with it!

Fangirl by Rainbow Rowell: Rainbow Rowell and I have a complicated relationship. On one hand, she wrote one of my all-time favorite books. On the other, I couldn’t get through the book that everyone seemingly loved. Fangirl had been on my TBR list for years, and it was worth the wait. I liked that the main character had a complicated relationship with her sister and had a lot of responsibility in caring for her dad, and that she had a lot of growth throughout the novel.

I Am Here Now a creative mindfulness journal: I checked this out of the library and thought it was just okay. I took some of the exercises and set them up in my bullet journal, and I’d suggest doing the same. You save money and make it easier to redo them over and over.

Slice Harvester by Colin Atrophy Hagendorf: I read this book after having it recommended by a friend of the author. Colin started a blog called the Slice Harvester a few years ago in which he set out to eat a slice at each pizzeria in Manhattan. His memoir talks about how the blog helped him get sober and meet the love of his life, so it serves as motivation too. I thought he was a little too uppity about New York City pizza, but it’s a fun concept for a book.

The Four Agreements by Don Miguel Ruiz: After seeing this book on Tone It Up Karena’s morning routine post, and it sounded like something I would really get a lot out of. I did, and it’s one I’ll revisit often to help recenter myself and my thoughts. I even got the companion book to use for extra mindfulness exercises.

Holding Up the Universe by Jennifer Niven: I loved her previous book All the Bright Places, so I had equally high hopes for this book as well, since it’s gotten better reviews. I didn’t feel the same – I kept waiting for a payoff that never came. I did really like the opening section where she talks about her anxiety because it felt very true to the race your brain runs during an anxious bent.

We Are Okay by Nina Lacour: I loved this book and read it in one day. It’s very true to only child-dom, and the bits where she’s having to talk herself into staying present in other people’s happiness is something I relate to too hard. There’s a big reveal, a shift you don’t expect, and it’s another great book about how complicated family can be.

Dirty Rush by Taylor Bell: This was an impulse read when I saw the cover on Hoopla and liked it, but I don’t recommend reading it. Admittedly, I’m probably not the target audience for a sorority book, but I have a pretty tough skin and dirty sense of humor, and even I thought this book went a bit too far. There were a lot of crass words, and it was generally unbelievable.

To All the Boys I’ve Loved Before and P.S. I Still Love You by Jenny Han: Another book that’s been on my TBR list, I’m not a big series reader, so kept putting it off. I’m starting to see a trend in the types of YA books I’ve been drawn to – loner girls with complicated family structures and responsibilities. Go figure. These are nice, easy reads – great for your summer list.

Hold Still by Nina Lacour: Hold Still is Lacour’s first novel, and while I didn’t find it as gripping as We Are Okay, it’s still very good. It tells the story of a best friend left behind after suicide and gives a really accurate glimpse into what someone might be thinking about before their death. I did try to read another book by Lacour, and I don’t know if it was because it was an eBook, but it didn’t hold my attention at all and I couldn’t get through it.

Anna and the French Kiss by Stephanie Perkins: A couple years ago, this was on every summer “must read” list, and it’s languished in my queue since then. It was charming enough: I didn’t always love how the male protagonist was written with his abrupt mood changes, and it felt like it could have ended a few times before it actually did, but it was a fine, fast read.

Drinking: A Love Story by Caroline Knapp: Part of me felt like I had read this before, but as I got into it, it didn’t seem familiar. The way she talks about drinking is something I don’t think a lot of people realize. When alcoholics quit drinking (no matter how low their bottom is) there’s more than just the physical withdrawal symptoms. They’ll also go through a certain mourning too – similar to the end of a fiery relationship.

Yes Please by Amy Poehler: Amy went to college with the lead singer of my favorite band, who gets a shoutout in her memoir. I listened to the audiobook and it was really charming, plus it included a great cast of characters.

The Opposite of Loneliness by Marina Keegan: This book had lots of hot press when it was released a few years ago, and the first portion of the book (her fiction) was much better than the back half. I wish they’d opted for just fiction because her stories were fantastic, but I just didn’t care about the life and politics of going to an Ivy League school.

Take Your Life Back by Leah Davis: I did a full review of this book on how to begin transitioning into your location independent lifestyle. There’s a lot of value here including actionable steps to start your own remote career!

Crazy Is My Super Power by AJ Mendez Brooks: Former WWE Superstar AJ Lee competed and left wrestling before I got very interested in it, so I knew nothing about her going into the book (except that she loves dogs and lives in Chicago too.) This book is super motivational and if you’re the kind of person who makes excuses, her story will make you realize there’s no excuse not to fulfill your dreams. Plus, she’s a badass – being a woman in a male-dominated industry is tough, and she’s had no time for misogyny. Highly recommend.

Summer Days and Summer Nights edited by Stephanie Perkins: This was impossible to get through. It started off well and the first few stories were definitely the bright spots. I’ll read the companion book this winter because I’ve heard it’s much better, but don’t pick this up expecting it will be an easy read.

A lot of these books are available on Audible

, and listening to audiobooks is a great way to read more than ever! You can multitask (a friend of mine read a book while running an ultramarathon) so even if you think you don’t have time, you can still get through your “to read” list!

What are you reading this summer? I’m always looking for more suggestions!