After a long fitness hiatus during my adventures in Nashville, I’ve tried to get back into being more active in the last couple of months. Some of my friends had signed up for the Hot Chocolate 15k/5k in Chicago, so I used it as an excuse to get back to racing. I had forgotten how much I really enjoy it.

I headed to the expo on Friday to pick up packets for two of my friends and myself, and though I really think they could have found a more effective space to rent for the expo, it was really well organized. I didn’t have to jump between lines with different last name groupings – the same person ran all three of our IDs, and I took our bibs over to pick up our hoodies. The sizing of the hoodies is great, but the quality isn’t the best, and now I’m paranoid that it will shrink after the first wash and I’ll have wished for a size bigger, but you live and you learn. At the race itself, I noticed that a lot of the ones being worn around had stray or loose threads on them, so I don’t expect mine to last too long. The expo seemed mostly to have booths for other RAM Racing events, a pretty large Fleet Feet setup, and a few other small booths, but I was in and out pretty quickly without too much temptation. 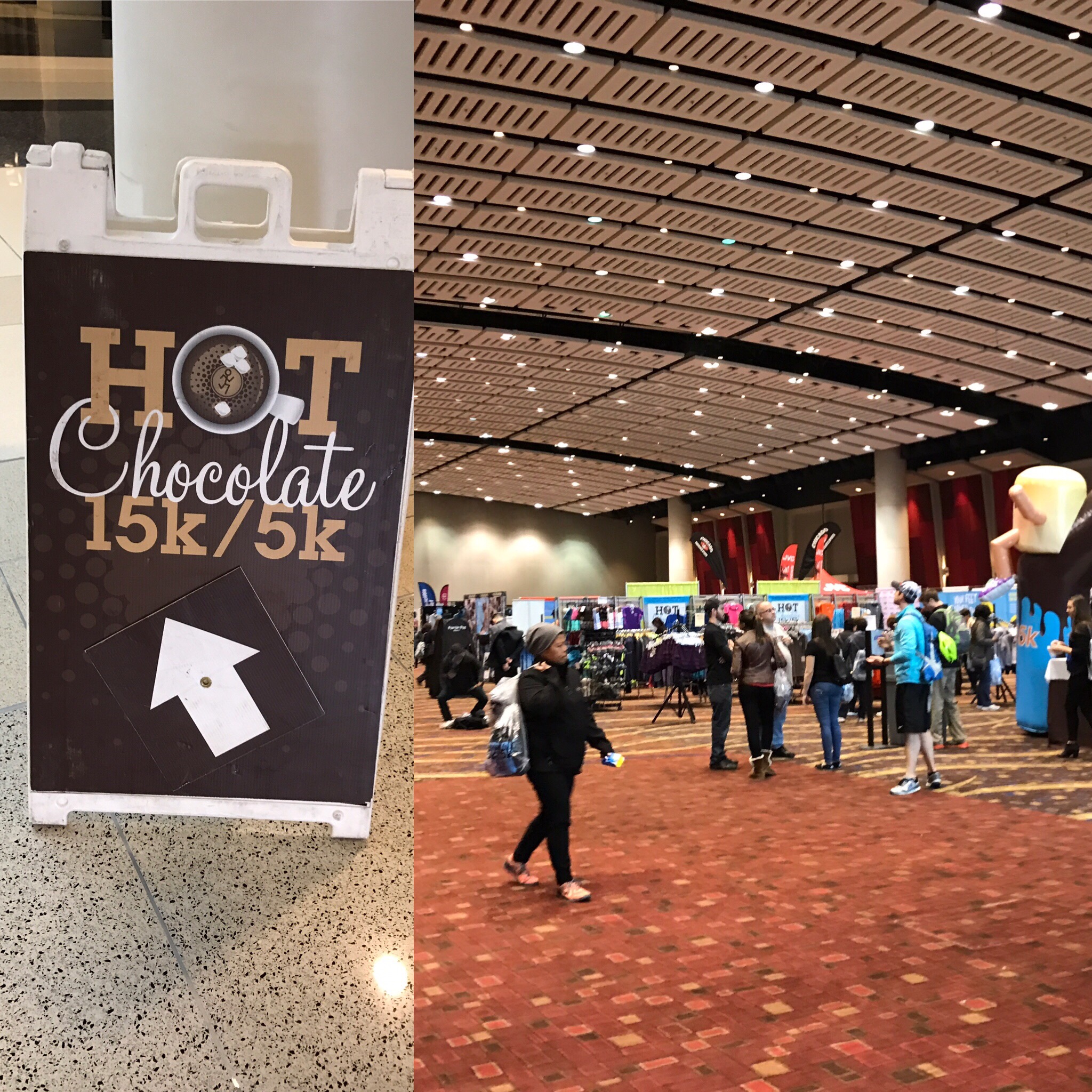 On Saturday night, I set out all my gear to make sure I was ready to go, which ended up being a good call since that was when I discovered that I had not brought my shoes in the house. I stuck my bib to my Fitletics belt, charged up the bluetooth headphones, and made a plan to get to the race the next day.

#flatdesi: the one where I didn’t know my running shoes weren’t in the house until I took this picture

Sunday morning came and I was kind of nervous because I haven’t been working out very much, and I haven’t raced since April 2014. I planned to pace my friend to a PR so I adopted a little fake confidence to believe I could even hit the pace I planned for us. I found the race setup to be a little confusing – none of the information in the packet or on the website said exactly where bag check was, so we had to walk what felt like forever to drop off our bags. We were in wave 2, and it seemed like the arrival time for that was much earlier than it should have been, but maybe it was my sleep-deprived brain being whiny. (My mat time was almost two hours after our corrals closed, though…)

The course itself was really nice – only two slight hills that I noticed, and even though I didn’t feel properly “trained,” I felt great during our walk/run splits and stayed right on the pace I had planned (who knew I could pace?) and the race went by really quickly. Every time we hit a mile marker, I found myself feeling surprised. The aid station had Nuun, water, and chocolate chips (which I really should have skipped, but I partook and spent the next half mile with a side stitch) and I finished in 44:27, which I felt like a really reasonable time! 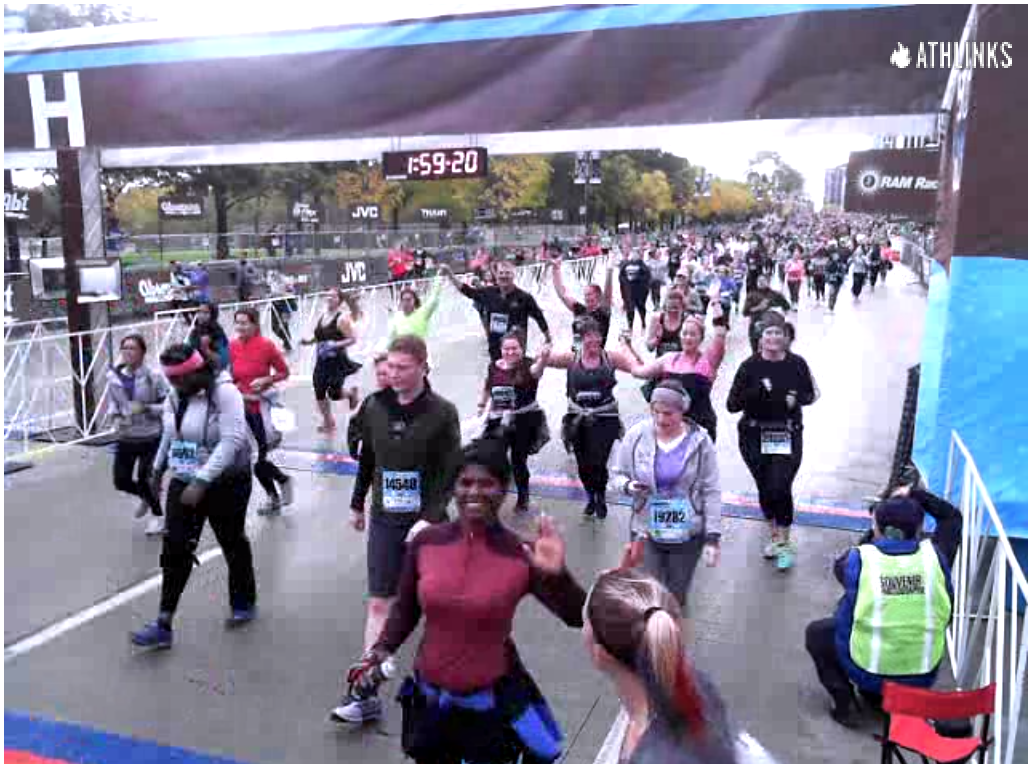 We finished, made the long, long journey to the “finish line” party to get our finisher’s mugs and snacks, and headed to a much deserved brunch! I will probably do this race again next year, but will register pretty far in advance since $65 seemed pretty high for a 5k.