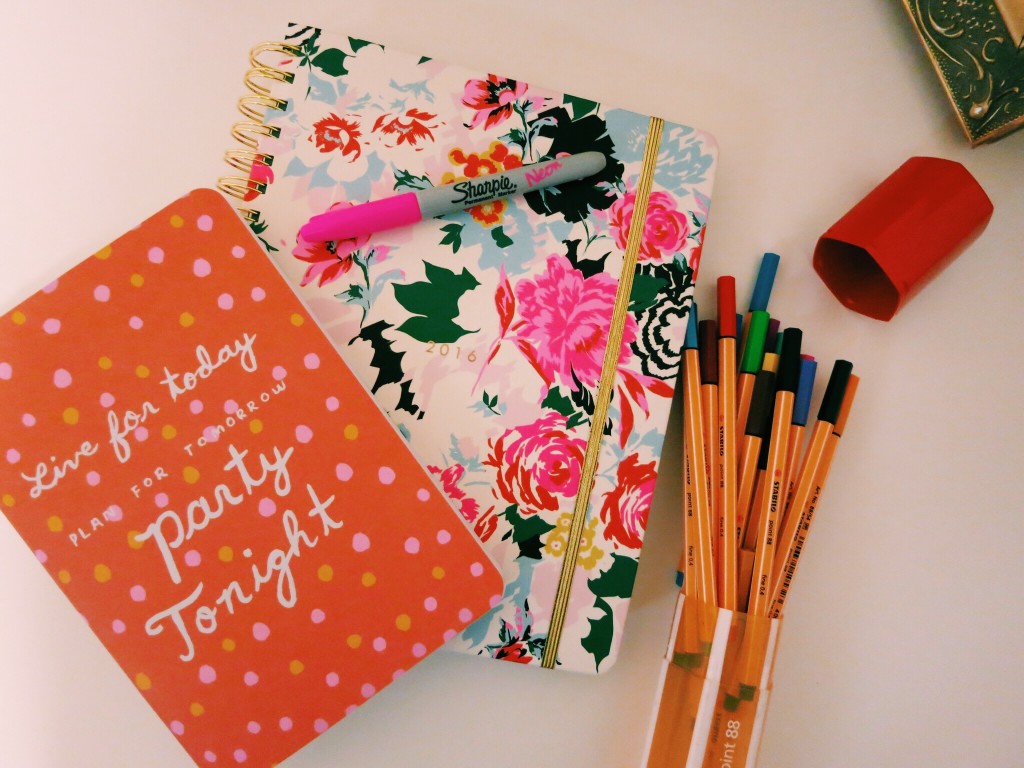 It’s no surprise that I’m a big planner nerd. I watch planing videos on YouTube, stare lustfully at cute Etsy shops, and can’t be trusted being let loose in Paper Source. It’s so bad that a friend merely mentioned the word “planner” the other day, and I got too excited, sharing recommendations of different types that might work well for her.

During one of my recent YouTube binges, I discovered bullet journalling, which seemed like it might solve one of my biggest planner gripes. I grabbed an empty notebook and for the month of January, I’m testing out a mix between my traditional ban.do ringed planner and a small-scale, adapted bullet journal.

My main planner is a ban.do large spiral-bound Florabunda agenda, which I excitedly pre-ordered from Vinnie Louise last August. (One of the cutest shops in Nashville, and you can order online as well!) ban.do planners sell out quickly and from what I can see, this is the only website that still has them in stock. (Chapters does have the smaller version which I used last year.)

Even though I did repurchase ban.do, albeit a different model, I was hesitant because I didn’t love it in 2015. It was too small for my writing and the way I brainstorm and jot to-do lists and notes, so I thought the larger version would alleviate that frustration. It has, for the most part, but I still struggled with having space for daily to-do lists and appointments. I grabbed a cute notebook from Francesca’s and using inspiration from several YouTube videos, set up my own version of a bullet workbook. 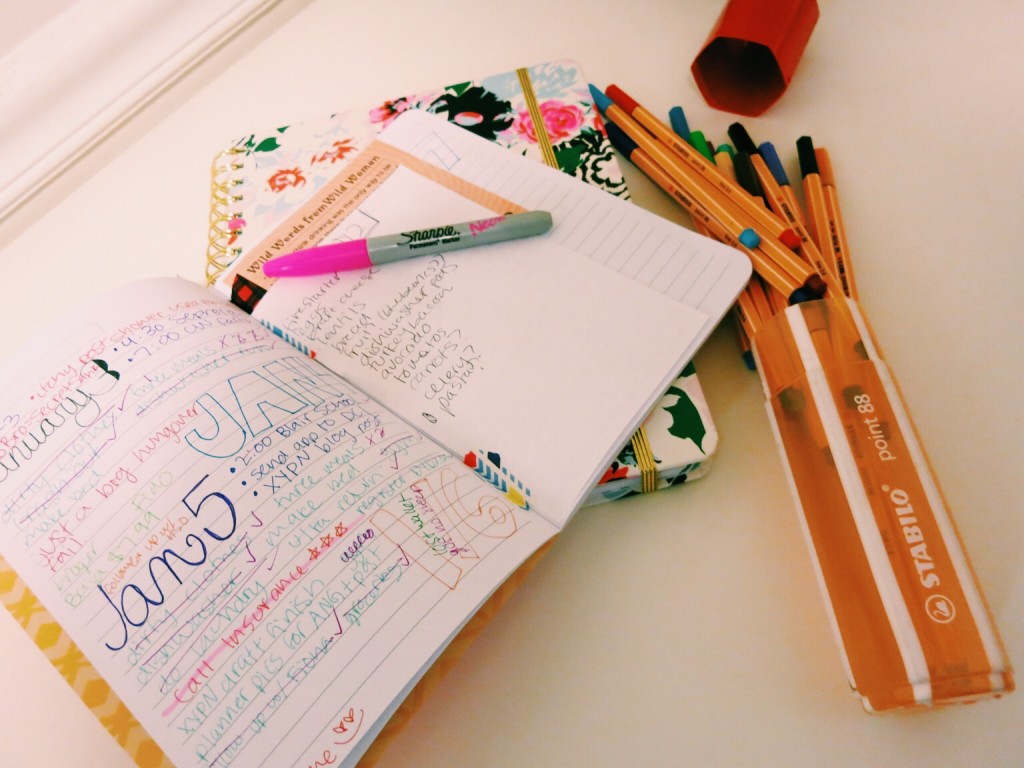 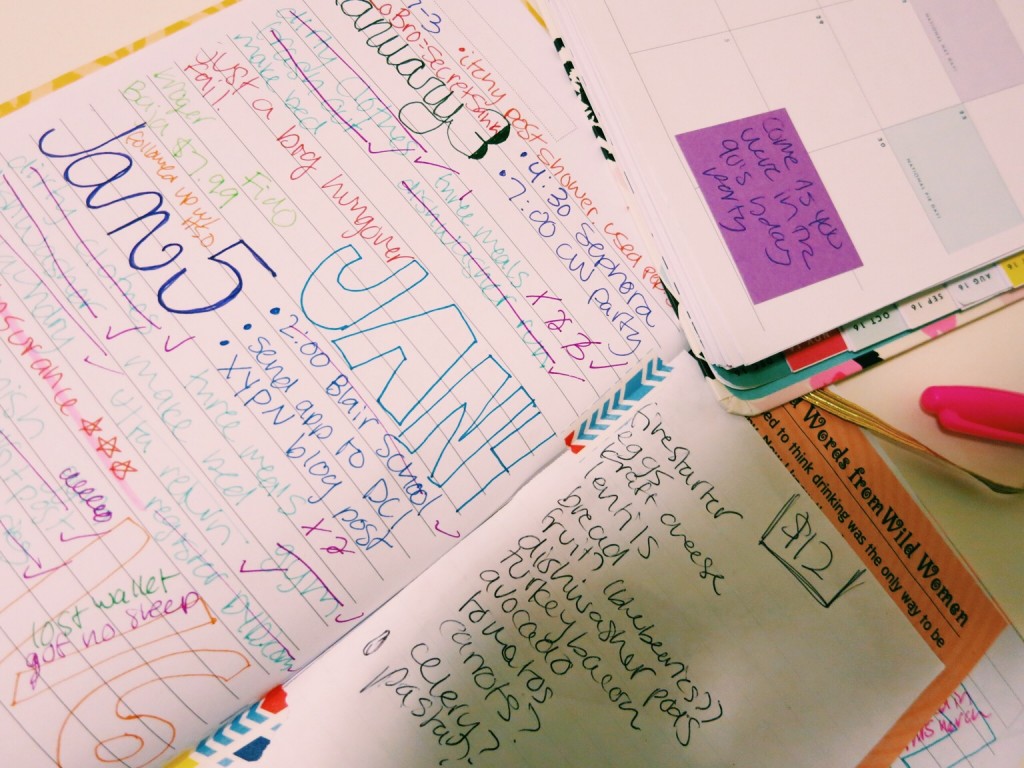 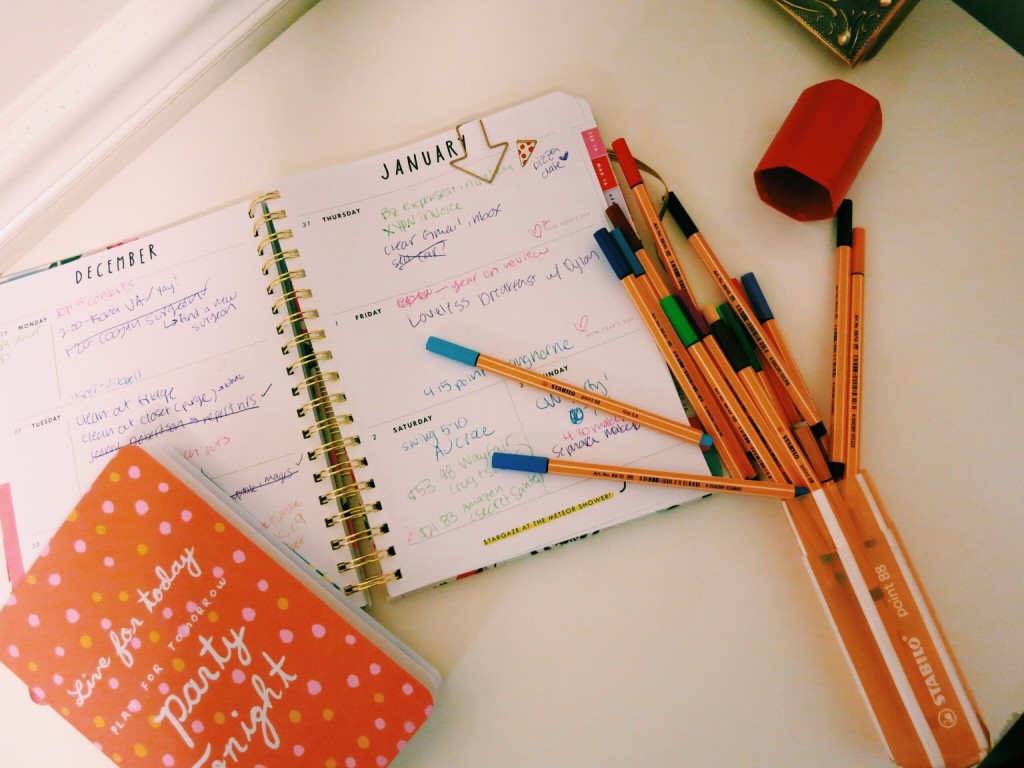 My large planner holds the top three tasks I need to get done every day as well as my work schedule and appointments, while the bullet journal tracks my tasks, to-dos, and ideas. I have some setups in it that I’m using as a bit of a dashboard for different projects – a spread for the blog, a page to track my work hours, yearly goals, and important dates.

Since the notebook is small enough to tuck into the front pocket of my main planner, it’s easy to have access to both at all times. In the past when I’ve tried creating my own planner in a notebook, I would get frustrated because it was hard to estimate how many lines I would need for each week – because it’s much easier to “stack on” in this kind of journal, I’m not having that frustration anymore either!