top 5 shows of the year

The end of the year always means it’s time for those year end “best of” lists – best albums of 2015, hottest singles, best movies, etc. To be honest, when I sat down to consider what a Best Albums of 2015 list would look like for me, it all felt obvious. Jason Isbell and Chris Stapleton, sure. Craig Finn and Doomtree, of course. But beyond that, I felt stuck – not to mention it can take me a bit longer to finally get around to listening to a new record once it does come out. Rather than another post of albums of the year (you can check out the 2014 post, if you like), I thought I’d do something a bit more personal here and recap my favorite concerts of 2015! A few I blogged about, many I Instagrammed, and a few saw me unable to put my phone down to stop Snapchatting – let’s revisit! 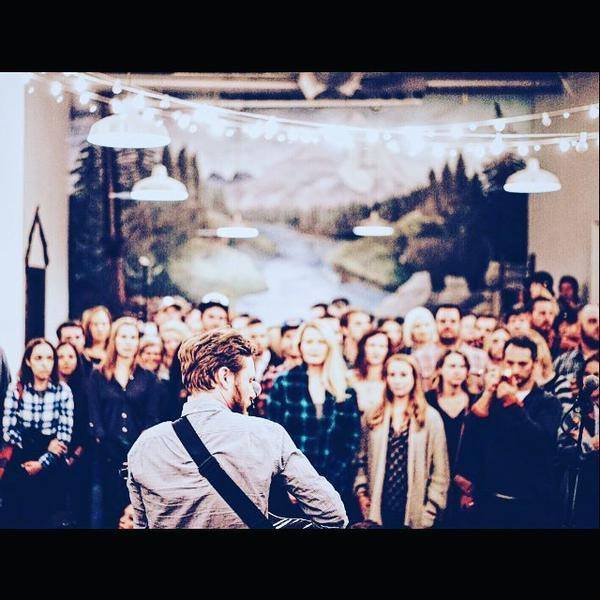 One of the truths I’ve discovered is that in Nashville, you can truly see live music anywhere – even at a barber shop. In November, Cory Branan played a (not-so) secret show at Scout Barbershop as part of Cause a Scene. It’s no secret that he’s my favorite active musician, and I’ve only missed one of his shows since moving to town. At this point, he always knows the tall blonde girl in the crowd, and I had jokingly tweeted him the day before that I was preparing his set list (he doesn’t write them out, so I’m always shouting out songs at him.) This time, my year of following him paid off: I constantly ask to hear one specific old song that can really mess up his guitar, and he closed his set with it for me. One of the best nights of music I’ve been to in town. It’s no secret that this year I got very into Doomtree, a hip hop collective out of Minneapolis (probably so much so that everyone is sick of hearing about them.) While I’ve never been much into rap or hip hop in the past, I’ve really taken to both the crew records they’ve put out as well as much of their solo stuff. When I saw that they were playing a small venue in my hometown the Monday following Thanksgiving, I booked my travel accordingly and bought a ticket, not knowing what to expect from a concert so entirely different from anything else I’d ever been to. I had one of the best times of my life, and it was so cool to watch these people I find so inspiring and creative performing right in my face. It’s also no surprise to anyone that I love a tortured boy with a guitar – which could very well be the description for any of the projects Ryan Adams has ever been a part of. I had seen him before in 2012 at the Ann Arbor Folk Fest, but that short solo set was in the midst of one of his well-publicized and was nothing compared to this full band performance at the Mother Church. I’ve seen several shows at the Ryman now, and this one was one of the best by far. He not only brought out Amanda Shires and Jason Isbell for a Whiskeytown song, but he also played my favorite song of his, “Dear Chicago” – a song he plays live very rarely now.

One of my top 10 all-time favorite bands is Fleetwood Mac. I never really expected that I’d ever see them live – tickets are expensive, plus Christine had left the band several times (as had Stevie,) and they’re not a band that “needs” to tour. When they announced their most recent North American tour and my old arena in Charlottesville was on the tour, I knew my chance had finally come. The 8 hour trip was totally worth it, and was kind of my celebratory gift for myself after scoring the dream job and finally feeling so happy. It was nice to see all my old friends and see this band that is so iconic in a place that still feels like my home. 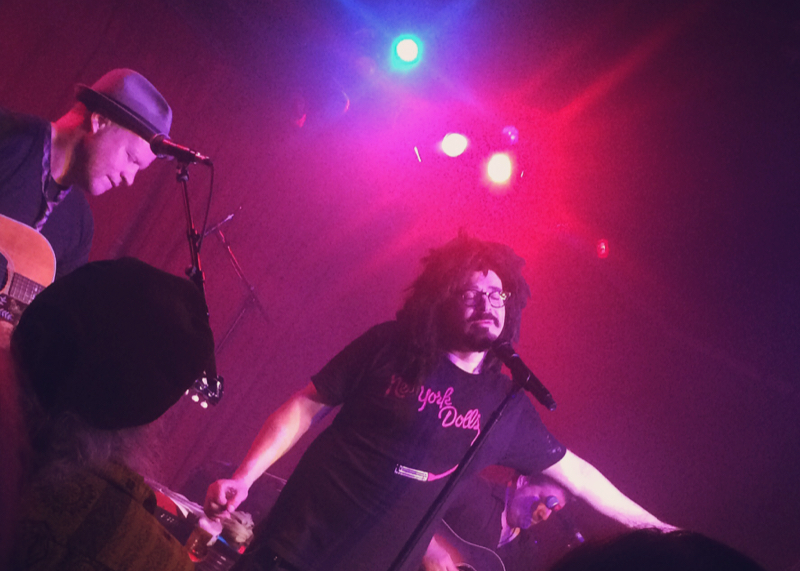 Counting Crows. So much of my musical tastes now, and even to some point, the life that I have now is owed to these guys. I got so excited as this year the free festival that Adam co-produces, Outlaw Roadshow, was not only coming to Nashville, but my man Cory Branan was on the schedule. The festival would have been a dream in itself – two days of free music, literally watching a concert while standing next to Adam Duritz, hearing him talk about his fondness for Cory – that would have all been great in itself. The icing on the cake for the whole weekend came when, around 1am, Adam, Immy, and Dan popped up for a secret set. They played until almost 4am for a slowly dwindling crowd (in a room that only holds about 1000 to begin with) and it still feels like a dream. It might have been the best concert I’ve seen in my entire life.

Are you a frequent concert-goer? What were your favorites this year?