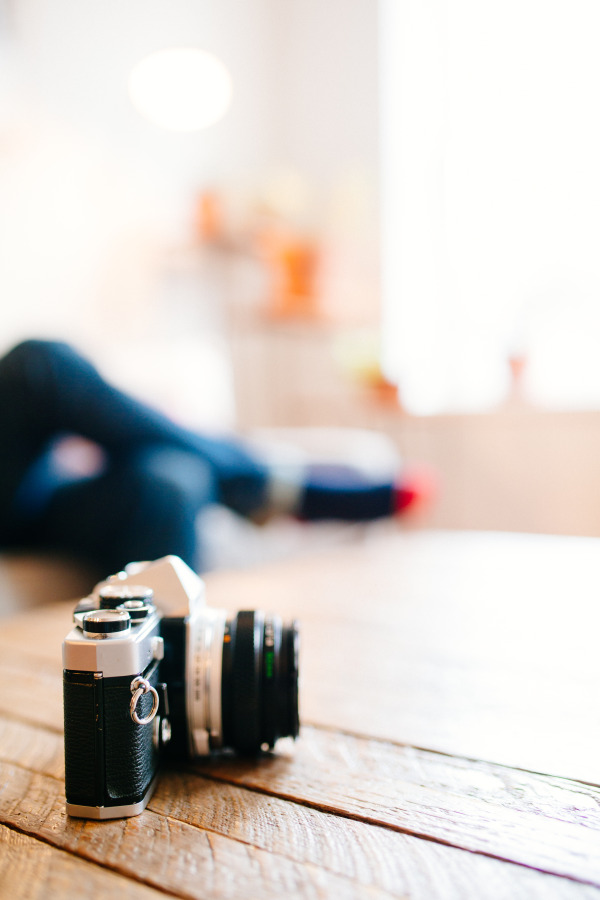 In changing jobs, my income took a big hit, so I’m working very hard to minimize spending and simplify my life. It’s really not easy for me even though I long to be a minimalist. In order to do this, I’m doing a couple different things.

Goodwill: Instead of listening to my gut when I moved and having that slightly longer commute in order to have a roommate, I moved in to a place on my own. It’s not fully furnished yet – I have a bed and couch and TV and a desk that I lugged over from Charlottesville, but I only have one (very dim) bedside lamp. There’s no microwave in my apartment. I’m trying to make do without some of these things in the hope of moving sooner rather than later, but for the times I get really frustrated with having to warm everything up on the stove or dressing by the light of a pink nightlight, I’ll be checking out Goodwill’s half-off Saturdays hoping for some scores. Ditto for new-to-me clothes.

Plato’s Closet, Poshmark, consignment stores: I purged a lot of stuff before I came to Nashville, but there are still things hanging in my closet that I never wear. Moreso now that I have a casual job where I wear jeans everday. I’m not going to fully purge my businesswear, but the things that I only wore as last resorts when I was too lazy to do laundry are definitely going. I’ve also found myself increasingly bored of a lot of my name-brand purses, so I’ve listed those on Poshmark and I’ll take them around to the consignment shops as I have time.

Cooking: It’s not that I was always really big on eating out, I typically only go out with someone else. But I am a lazy cooker, and it’s even worse sans microwave. I have a pantry full of food that just needs to be used up before it goes bad (or worse, before I have to drag it with me in another move.)

Working Out: I’m attempting to cancel the gym membership I signed up for when I moved for a variety of reasons (including harassment from an employee I encountered a few weeks ago and I haven’t been back since.) They’re trying to make me pay $97 to cancel, but I’m pushing back and hoping to get that down. Either way, instead of being a gym member, I’m going to try to utilize my complex’s “exercise room” (one treadmill and a weight machine) in the meantime.

Work as Entertainment: If I thought I was on a budget before, I had no idea. Now instead of going out, I work nights at a venue where I get to see shows. When I am home, I try to pick up as many design clients as I can (need graphics or a VA? Holla!) and sit on my couch while I work through orders.

When all of this happened at the beginning of last month, NP tried to really assure me that money isn’t everything. Now I have a job I love, and she’s right. Being happy is making it much easier to cope with the money situation, and I have friends that are pretty supportive as well and understand now when I don’t want to go out partying or suggest Netflix nights instead of movie dates. It’s nice to know that people will really be there for you if you just allow them to be.

How have you simplified your life?