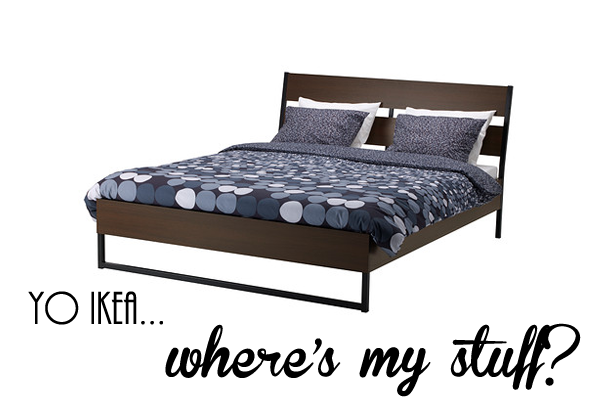 Have you ever been so angry, you were actually calm? I had never felt that way before. Admittedly, I have a quick temper.

I have always gotten my house stuff from Ikea. Beds, couches, futons, whatever, since 2007 when the Canton, Michigan, location opened. Now my car isn’t big enough to feasibly transport a bed and mattress, and the nearest location is 3-4 hours away. But even with the $99 delivery charge, I figured it would still be a cheaper option than anything else. I called them to ask how long delivery took, and the rep and I figured out that if I ordered that day (July 29) that the order of a mattress, bed frame, bed slats, and desk would arrive on August 1, the day I moved in. Perfect, right?

No one called from a shipping company, so on move in day, my friend and I basically just stayed in my house waiting to see if it would show up. By then it was impossible to get in touch of Ikea (I sat on hold for over an hour, only to finally be disconnected.) August 1 came and went and finally at 7pm I got an auto phone call saying that someone would be in touch with me to schedule delivery. Fine, but it was Friday, so they basically had one day to deliver it before I went on vacation.

Monday morning I blew up the shipping company’s phones, and no one could give me a delivery estimate. I kept saying that I was going to be away for a week and that nothing should be scheduled for that time. Both people I spoke with said they would note that in my paperwork… but of course on Wednesday as I drove to Gatlinburg, they called to schedule a delivery for that Friday. When I said no and asked what the next available date was, she said she didn’t know, but that they would call again when they were scheduling it. At this point I was really starting to get suspect and wanted to cancel and return the entire order, but I ignored that instinct.

Finally, they scheduled delivery for August 15 from 6-8pm. I’m an early sleeper, so I knew if it came at 8, I would still be sleeping on the air mattress. And as I sat at home all night last Friday, I started to get suspect that they were even going to come. The delivery guys called me at 7:57 to say they were 15 minutes away (of course) and when they showed up, this is what they were carrying. 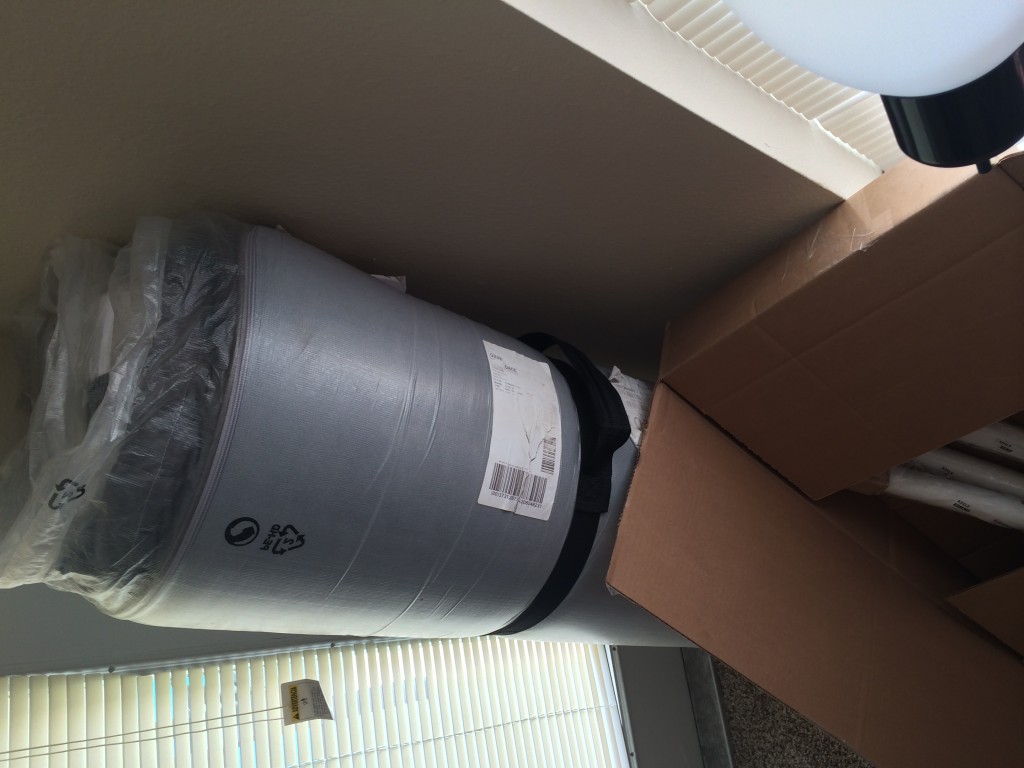 I’m not kidding, you guys. They brought me a mattress, and four desk legs.

Are you freakin’ kidding me?

I did actually manage to keep my cool with the delivery guys, who seemed as incredulous as I felt.

After a week of talking to the Aftersales team who agreed to refund my entire order and three failed FedEx pickups, this stuff is at least out of my living room, but until the refund is processed, I’m still sleeping on an air mattress.

Have you ever struggled with online shopping this badly before? I’ve had the worst services and CS luck with this move!

One thought on “Ikea: Where’s My Stuff?”