The Other Parts of California

Even though we were really only in California for a few days, I feel like we did SO much! I’ve already written about one of the best parts of our trip (Sweat class with Richard Simmons!) and obviously Tink will be its own post, but I thought I’d give another update on what we did while we were there. I feel like we didn’t sleep at all, and we laughed SO much. I feel very fortunate that NP went on this trip with me! 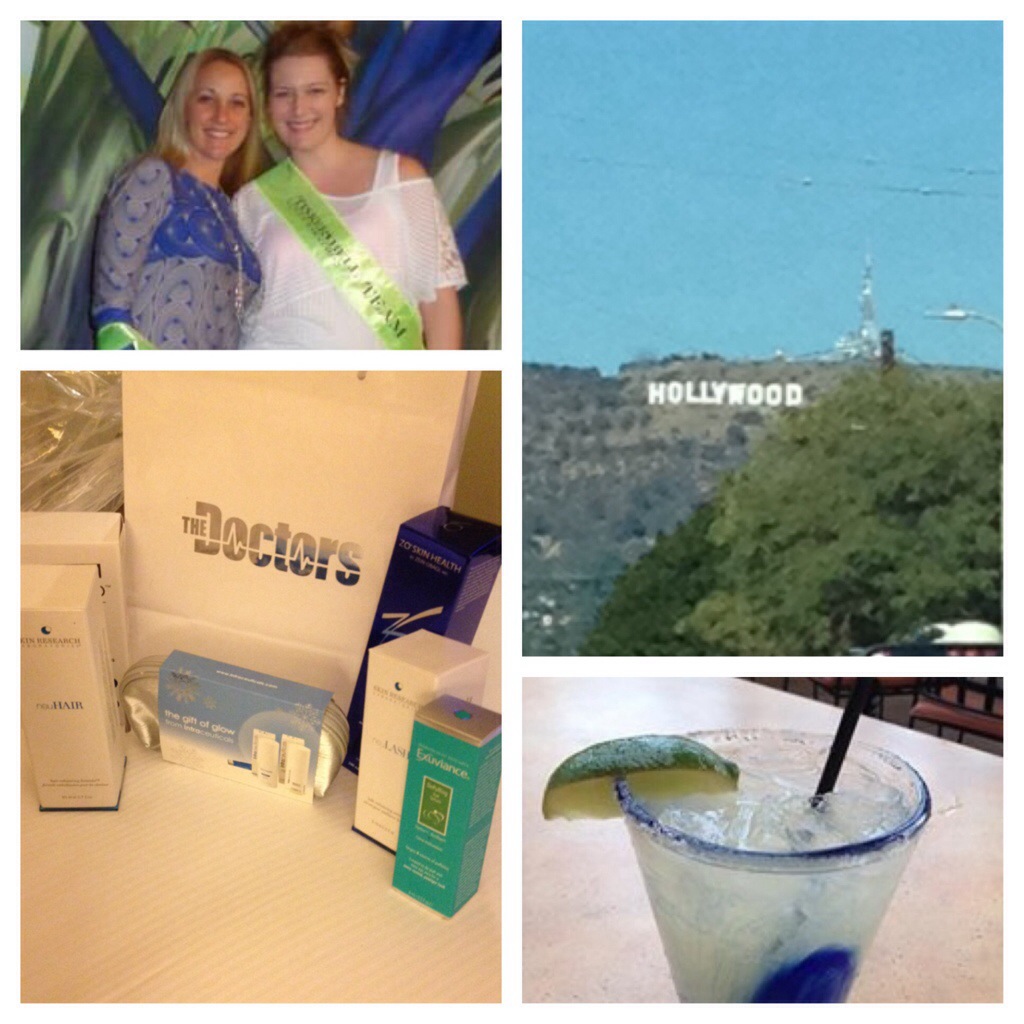 Over Christmas while watching all the talk shows with giveaways, we thought we should try to see a taping and see if we could score some free loot 😉 I would have loved to see Ellen, but her shows book so far in advance that there was no way. NP is a really big fan of The Doctors, so I signed us up to see that one. A couple weeks went by before I heard anything about it, and figuring we didn’t get tickets to it either, I forgot about it. About a week before we left, a show producer called and we were in!

We definitely thought there was no way we were going to make it – this was the only time we hit traffic during the whole trip, and all the signage and e-mails we got made it sound like if you weren’t there by 7:30 that you wouldn’t get in for the taping. Apparently this show is hard to fill audiences for, so we were in just fine. They held us in the Dr. Phil studio while the doctors wrapped up their rehearsals, and a page came and took everyone with a pink VIP ticket to the studio. It was a pretty long day and they did two shows (we had gotten up at 5:30 and were at the taping until 1:30,) but it was a fun experience. We came away with about $300 in hair and body products and it was cool to see the “behind the scenes” stuff of a talk show. Plus it will be funny to see which of my friends watches this show when I get the “I SAW YOU ON TV!” messages. If you’re ever in LA and want to go to a TV taping, it sounds like The Doctors shows are easy to get into. (Plus Dr. Travis is not too bad on the eyes – I actually met and got a rose from him back when he was on the Bachelor!) Dr. Berman asked NP if we are sisters, which I loved. I have always thought that NP is the most beautiful woman in the world, so it’s nice when people see some of her in me! 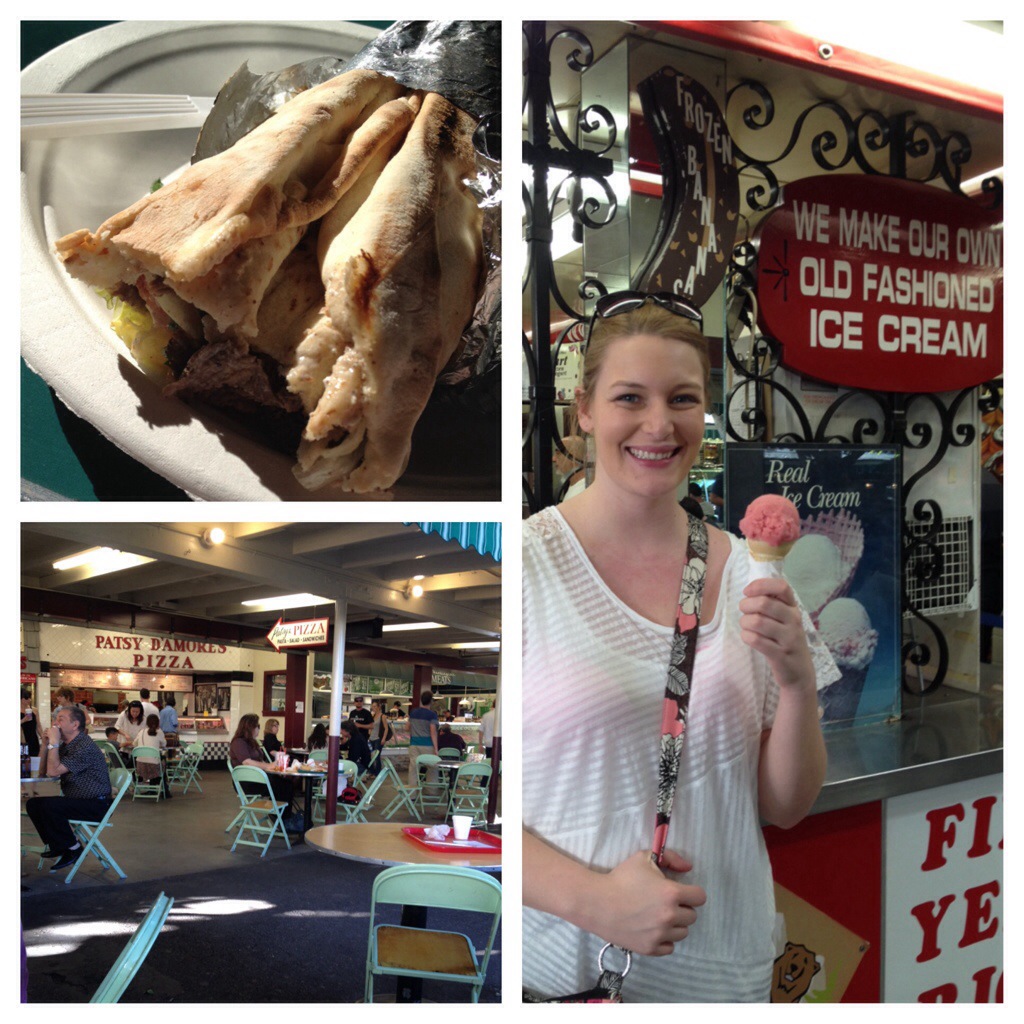 After that, we headed over to The Grove to do some celebrity hunting. I was really hoping to spot a Glee cast member, but it was not to be. We wandered around and didn’t do any shopping here, but we ate at the Farmer’s Market which was amazing. I had the best shawarma wrap, NP got fish tacos, and I topped it off with a cabernet sauvignon sorbet cone. The environment was really cool, and it had way fewer stores than I expected. After sitting in traffic for two hours, we went to the race expo and ate and shopped at downtown Disney. 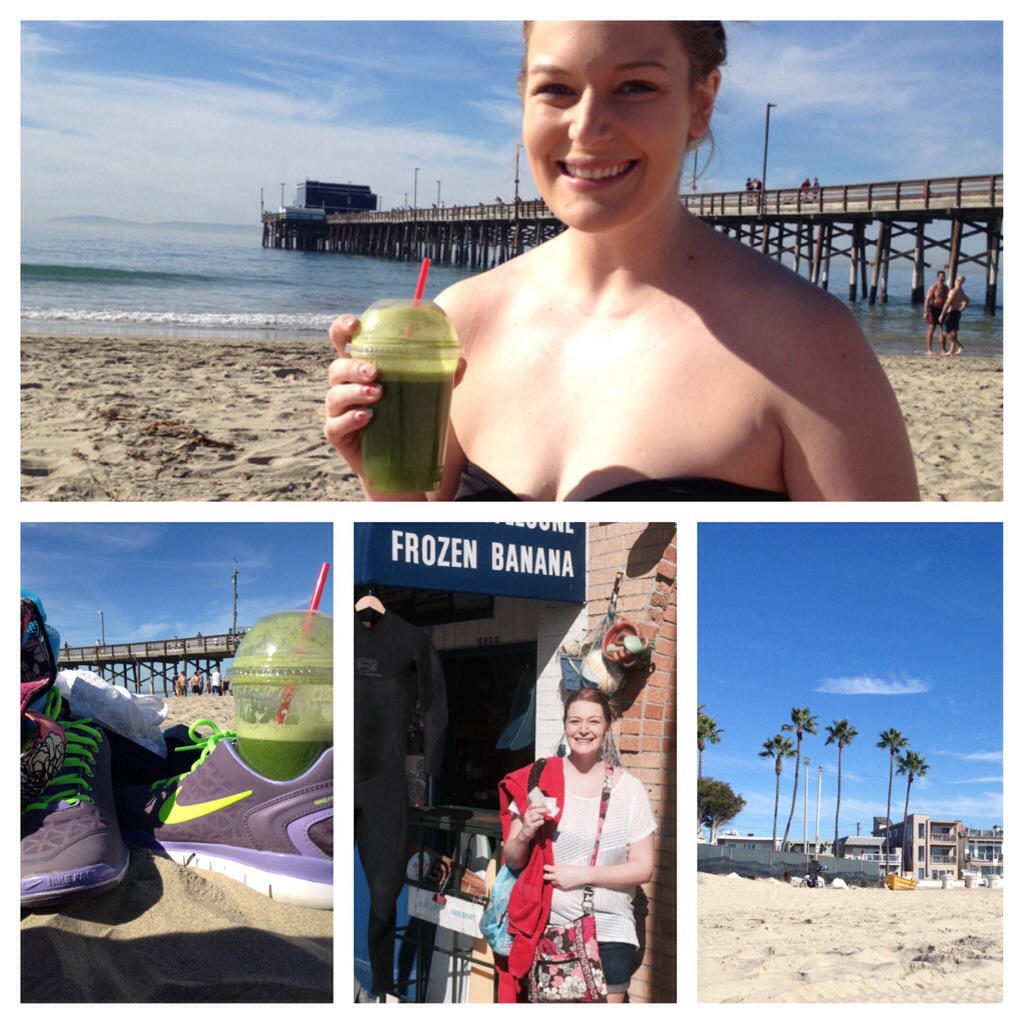 Saturday we planned to have just a really relaxing day before the race, and I could have laid next to the California ocean at Newport Beach all day long. We walked the boardwalk, grabbed some juice for breakfast, and set up camp on the sand. NP read while I napped. The beach was beautifully clean and there wasn’t a cloud in the sky. (I also got a frozen banana and pretended George Michael served it to me.) We retired pretty early that night and just watched Bridesmaids in the room and prepared for the race the next morning. I did have a meltdown this day about my food, because I had tried to eat very intentionally and have set times I wanted to have specific meals. That didn’t work out at all and I called Sixx and just sobbed about my “food being messed up.” Clearly I was just beyond overly tired.

What’s your favorite thing to do on vacation? How do you relax and prepare the day/night before the race?