Pour Some Color On Me {color me rad recap!}

On Saturday morning I loaded up the car and headed out to run in Color Me Rad at King’s Dominion. I’d never done a fun run so I didn’t have a very clear idea of what to expect. A friend did advise me to wrap my phone in saran wrap – the thing I was most focused on remembering, which I of course did not manage to do. This race really lent itself to a lot of photos, and wish I hadn’t been running for time because I would have loved to take pictures throughout the park. As a former park employee it was kinda fun to be in parts of the park I haven’t been in a long time. Sorry Cori for the selfie onslaught! 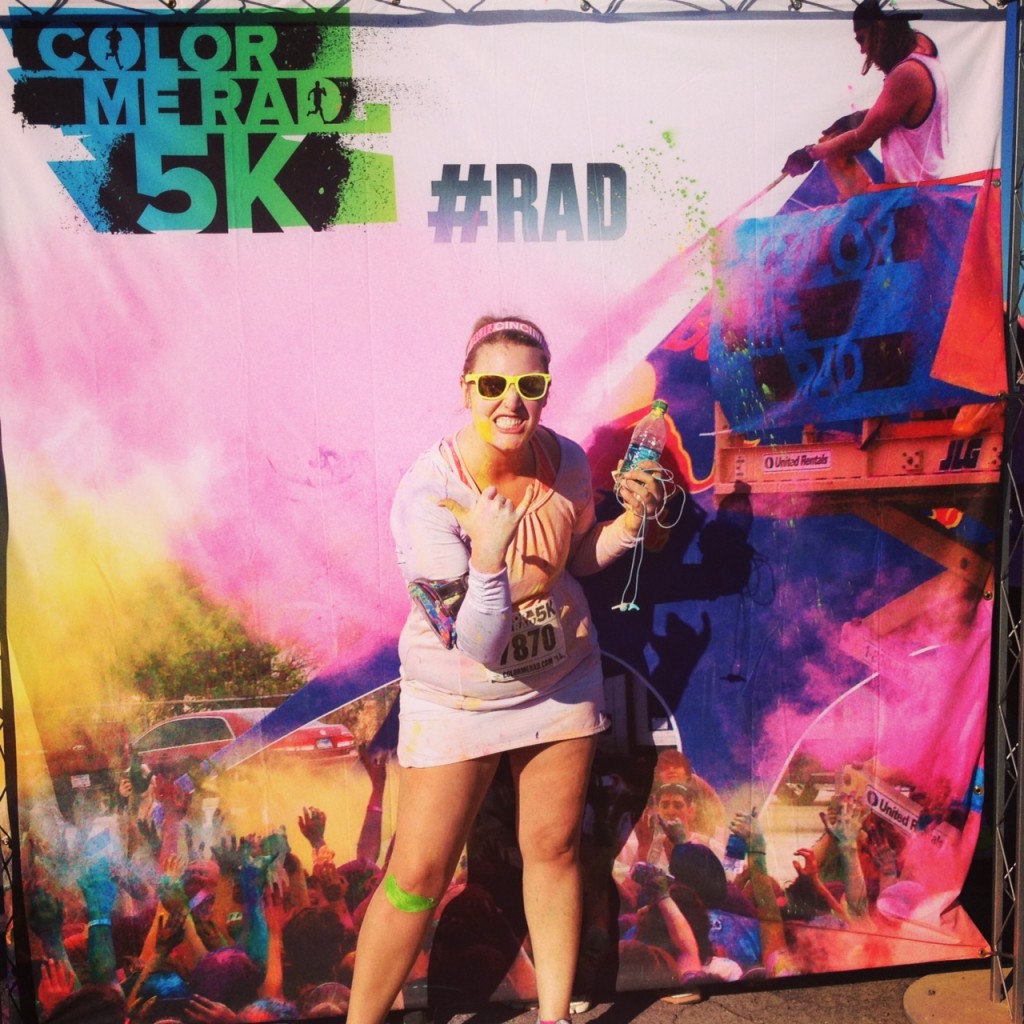 Anyway – I wanted to have a bad time. I wanted it to be disorganized, messy, and understaffed because of the customer service e-mail I got ahead of the event. The info packet provided an e-mail address to contact if you lived a certain distance from the packet pickup location and were unable to make it on Friday night. I fit that distance, so I shot an email. The response I got back: “If you are absolutely unable to make it on Friday, pickup on race day is available.” It really struck me the wrong way – yes I am absolutely unable to make it, that’s why I am sending this e-mail. So I wanted to have a bad time and then write a mean blog post and feel better.

But I didn’t have a bad time! It was well organized, great music, the start and finish lines were easy to find, and there were plenty of port-a-potties accessible. The music was good and the MC’s were energetic… if very annoying to me.

Despite some early morning KT Tape problems, I had a great race. I finished under my goal time (though whether it was a true 5k is debatable – Nike+ said it was 2.6,) I didn’t chafe (I normally do in running skirts so I don’t wear them), and even though my KT Tape was literally falling off, I didn’t have knee or hip pain.

The course was really fun and I was mad that I was going for time, because there were several times I wanted to stop and take pictures. After four years, I finally got to go through a Dinosaurs Alive exhibit. I would never pay to go through, but it was very cute as several dinosaurs were dressed up in Halloween costumes. (My favorite? The Steve Jobs & Steve Wozniak pair who were typing away on troglodyte computers.) One thing that I found alternately very strange but also very convenient was that at the water stop, they were handing out uncapped 20 ounce bottles. They would have been great if I was walking, but if you give me 20 ounces of water I’m going to want to drink it all so I attempted to carry it with me. I splashed around with it for awhile and by the time I wanted to ditch it, there were no trash cans in sight since most of the park’s trash cans were upside down.

Since it wasn’t timed, I don’t have an “official” time, and since I forgot to turn off my timer right at the end, I have no idea what my real time would have been. It was at 33 minutes when I did get to it, so that made me really happy! I beat my goal time. It’s still slow but progress is progress. 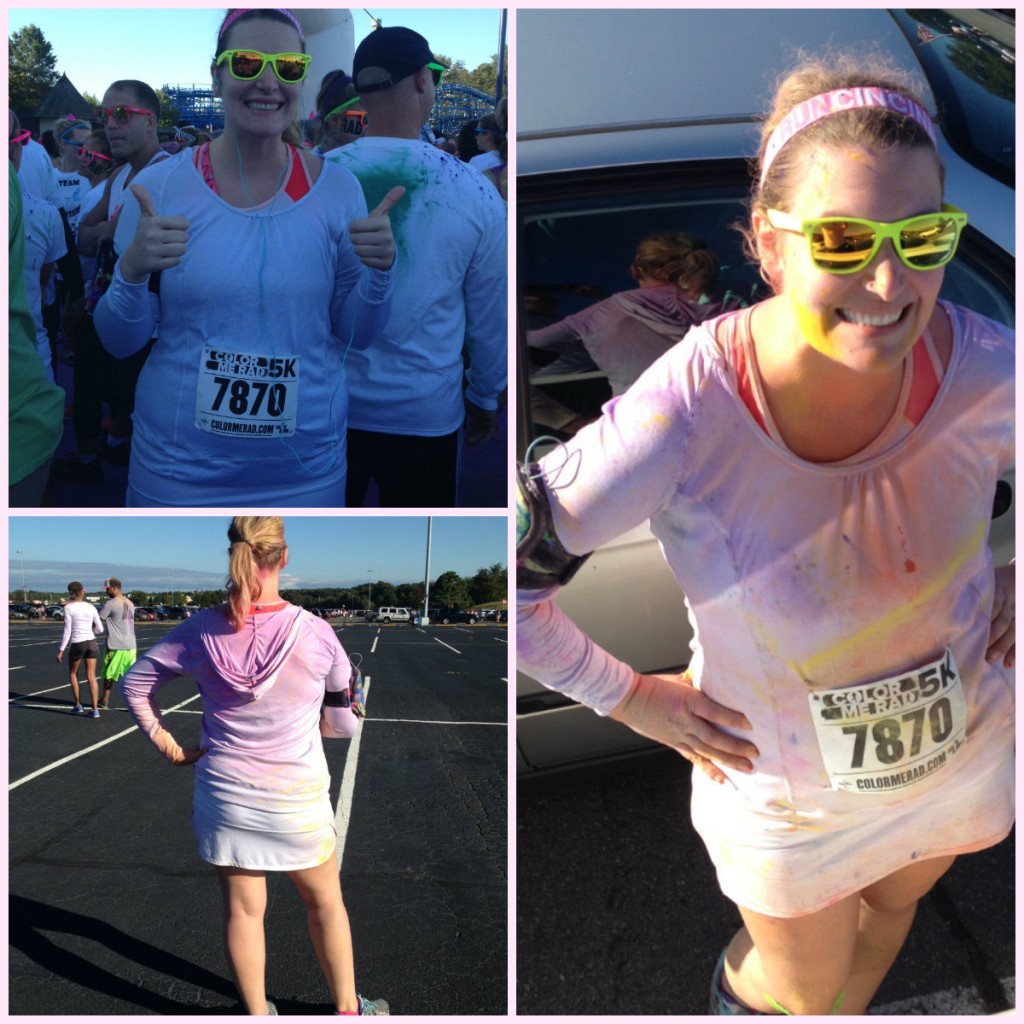 I received a complimentary entry to this race as a Sweat Pink ambassador, but all opinions are my own.