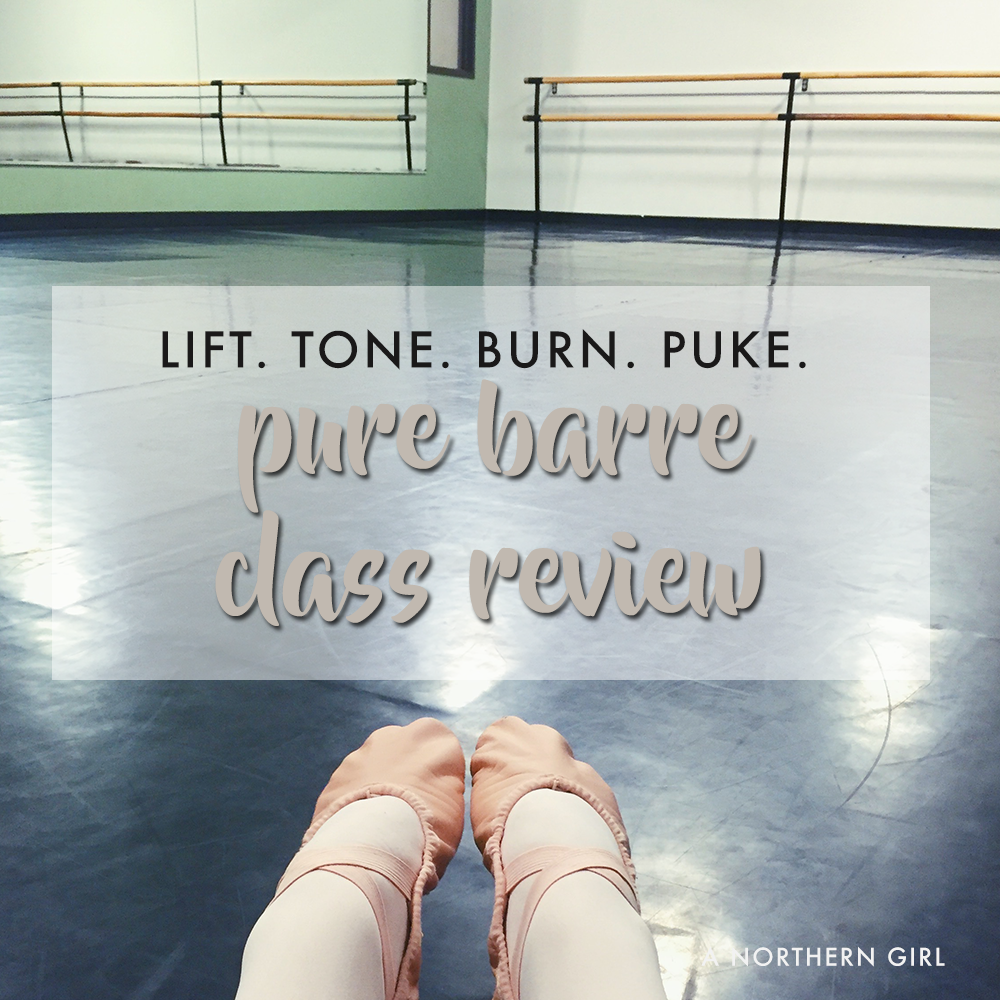 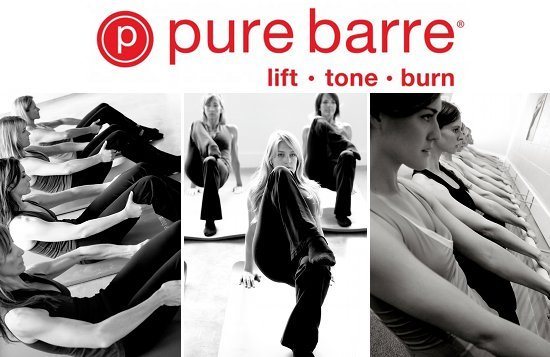 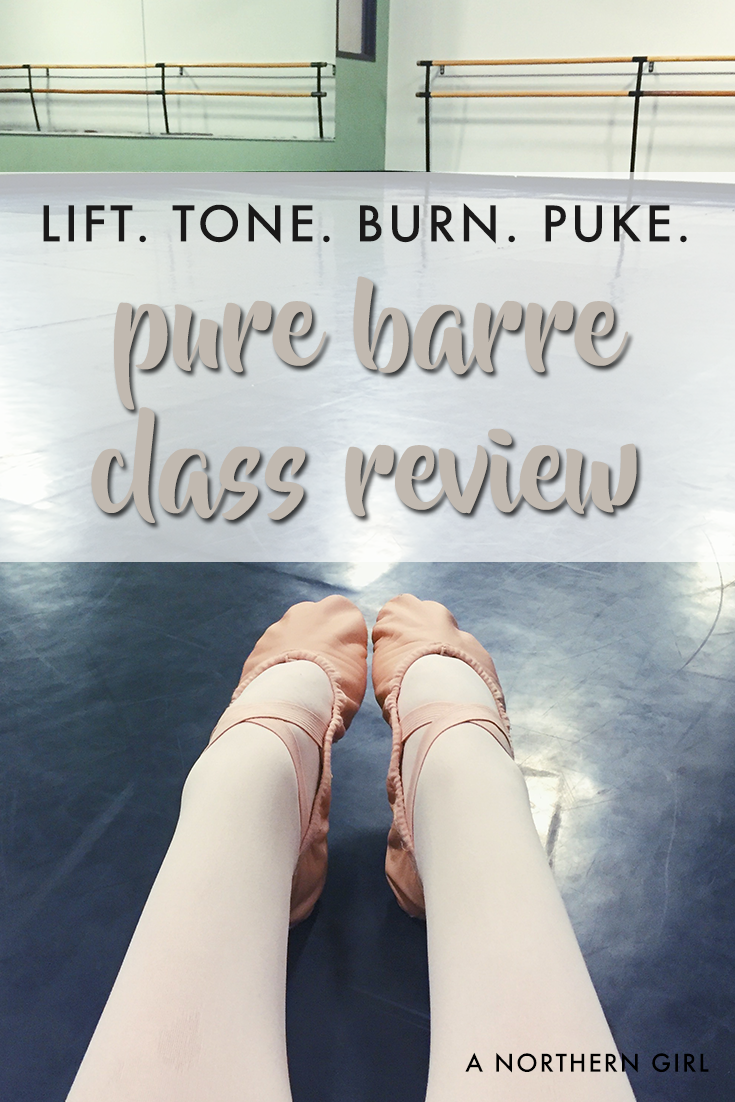 Pure Barre is touted as the “fastest way to change your body,” and is based around isometric movements and the ballet barre. I’ve blogged pretty extensively about how much I want to take a dance class, and I had been researching Pure Barre as part of that. When I found out that the studio in my city was offering free classes on their birthday, I signed up right away. Last night I went to bed early, excited for 6am! 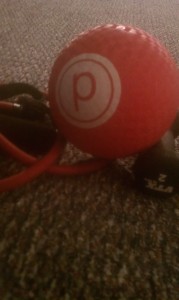 When I arrived this morning I signed in, then entered the studio. There were a few sets of weights, a ball and a resistance band set out, so I grabbed my own and took a spot. (I wanted to be up front at the mirror because I am a narcissist and because I really do use it to look at my form, but opted for the back based on this post from Olive to Run a few weeks ago.) I took a seat and began to stretch as other girls rolled in. The fuller the class got, the more intimidated I became, even though I know no one looks at you (especially tucked away in the back.)

One thing that struck me as class began was that there were several pregnant women in the class, including the instructor! We began with a short warmup and even though the class isn’t as ballet-oriented as I had hoped, I pretended I was wearing a tutu and tiara and practiced pretty arms. (Wait, am I talking about ballet or Toddlers & Tiaras?)

I got warm very quickly (plus the room itself was toasty) which was nice, but about 15 minutes into the class I started to wonder when I would feel the muscle shake and burn the website talks about. The arm segment was very short – we spent at most 10 minutes on arms.

I shouldn’t have gotten curious, because pretty quickly after that, it happened. I’ve been doing Les Mills Cxworx for a little more than a month and I thought I was seeing a lot of growth and strength…. umm, apparently not! My legs shook and abs quaked through the floor work we did. It was fast paced, though, and I enjoyed that. At the barre, my legs also shook, and I could definitely tell in my right leg the weakness is as it got so sore at one point I could barely stand on it, but I know that means it would be great in strengthening my IT band. At one point during mat work, I had noticed that other girls were seemingly dripping buckets of sweat, but I wasn’t at all – wrong! As I stepped up from my mat I found a big ol’ sweat mark from my back. By the end of barre work, I thought I was going to puke. Seriously. It hurt so good.

If you want the same kind of workout but prefer to do it at home, they do have a DVD series too!

Overall I really liked it and could feel the burn all morning. I would love love love to get a membership because I can definitely see how doing it for a whole month would be super effective, but I can’t swing it right now. I wish they had an “intro” class or something, because it was so fast paced it took me awhile to figure out how to be in a position and by the time I did, they were on to the next. That would frustrate me if I had a full membership. I’m tempted by the at-home DVDs though. Maybe someday!

Have you ever done Pure Barre or other barre strength workout?