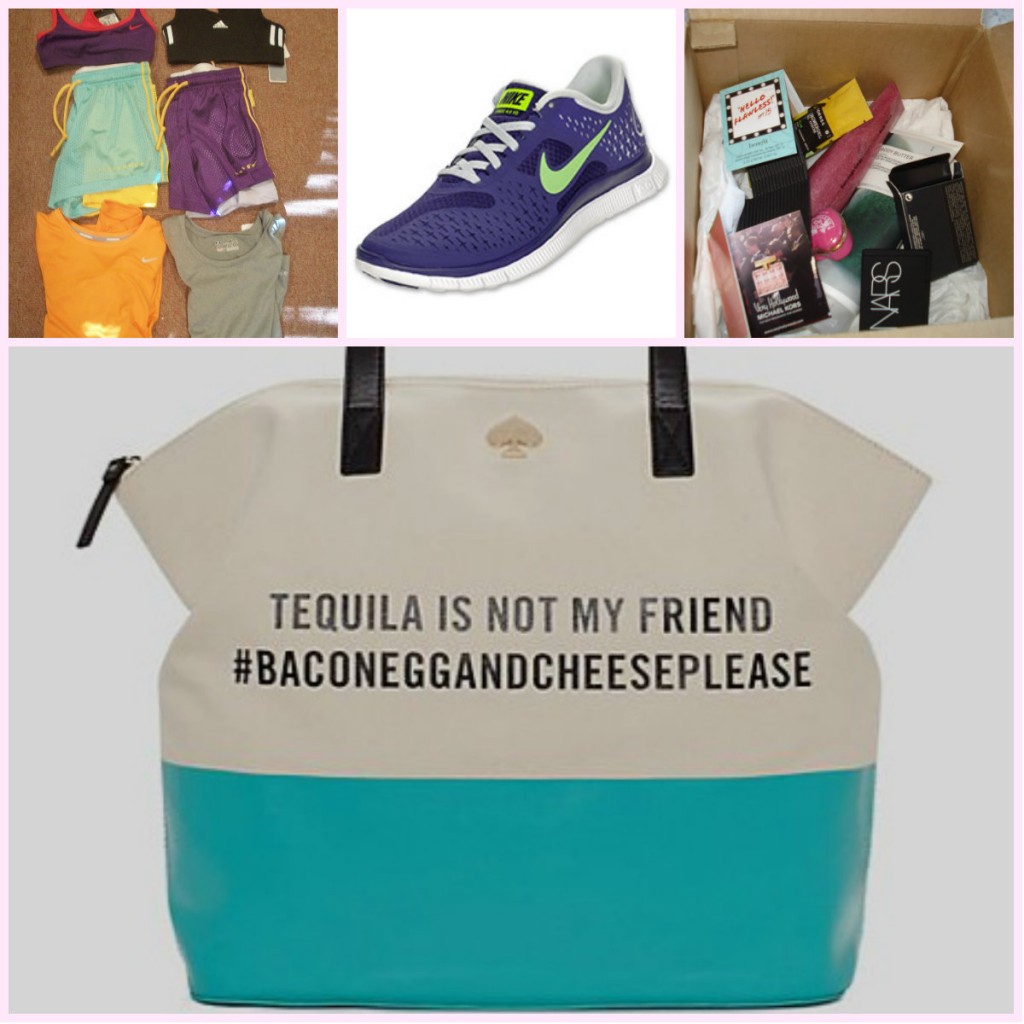 haul photos via & via

A friend linked to this article from Relevant Magazine regarding the influence of social media on how we feel about ourselves. I’m not usually prone to reading anything from Relevant – I’ve been kind of insulted by some of their stories before, and even this one I gave up on toward the end – but I clicked through anyway because of the except she posted:

The danger of the internet is that it’s very very easy to tell partial truths—to show the fabulous meal but not the mess to clean up afterward. To display the smiling couple-shot, but not the fight you had three days ago. To offer up the sparkly milestones but not the spiraling meltdowns.

It’s especially dangerous for those of us with FOMO. For those of us with spending problems that could be set off ever so suddenly. Would I be the owner of a kate spade new york bag if I hadn’t seen it on Tumblr a few months ago? No. I probably wouldn’t know that it even existed. Would I be lusting after getting a gigantic canvas and painting my favorite poem on it instead of just taping up pictures I already have printed if I hadn’t seen that idea on Pinterest? Nope, I probably wouldn’t have thought of that either.

I’m absolutely guilty of it too. I post pictures to Facebook of the coolest parts of my job and send out snide little tweets about the same or about how cool my old life was. I have a Pinterest board where I’ve culled projects and recipes I have made, and you never see the sink full of dishes or the paint I had to clean off the carpet when it spilled. You see the cute outfits and accessories I have but not the other neglected hangers or drawers too-full of clothes. You see the awesome classes I go to and workouts I do at the gym, but not the pricetag of what that membership costs and how it effects my budget (unless you read my blog :)). All of my social media, with perhaps the exception of my tumblr (which probably makes me look suicidal,) makes my life look awesome because that’s how I want to portray it when really, it’s the opposite. In college everyone saw my lifestyle but how many of them know now what it’s costing me in interest? (How many of my “friends” have that same kind of secret?)

It’s no secret that I have been prone lately to spending binges – how many of them have come at the hands of too long spent scrolling Instagram or Pinterest? (Probably most of them, I’d bet.) It’s dangerous for my bank account – and it’s dangerous for me, at a time where I really need to be focusing on getting my head right and figuring out what to do with myself.

I talked to a friend about it recently, about how I feel so unsatisfied in my life and asked if that was normal. I think it is, unfortunately, normal now – but 20 or 30 years ago, I think people were more satiated (maybe? or maybe they had other temptations, other influencers putting them down.) I blog about it over and over, but I really need to limit these temptations and my exposure to them. (Maybe there’s a Chrome extension for that.) I’m giving myself some homework – instead of documenting new hauls, to document the things that I already have. My word for the year was supposed to be “enough,” and I have DEFINITELY lost sight of that. Besides, I’m packing anyway, and doing some visual inventory will help me downsize before I try and pack half an apartment into a new small bedroom.

One thought on ““The Instagram Effect” on Wants and Needs”