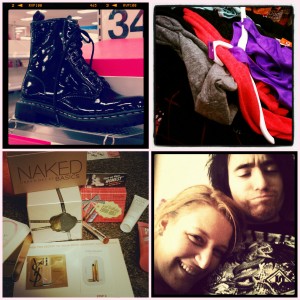 I’ve tracked my spending before, so I’m not sure what has been different about doing so for the past few months. But now I see that my money is just getting spent on stupid   ass   things. Por example:

A Thing I Spent My Money On That Is Not Stupid: my iPad.

Things I Have Not Spent My Money On At All: late fees, overdraft fees, etc. Basically: fees. Opa!

What stupid things have you bought in the last year?