When I was in college, I got sick. A lot. My final year on campus, I was basically running on a cocktail of Dayquil and ammoxicllan from November through the end of March, if not until the snow melted. I found out in February of that stretch that I had pneumonia, and had essentially been functioning at a pretty high level (working, going to class, getting homework done, probably even some partying) when I should have been hospitalized. I was able to keep doing it because I’d gotten so used to feeling so sick. 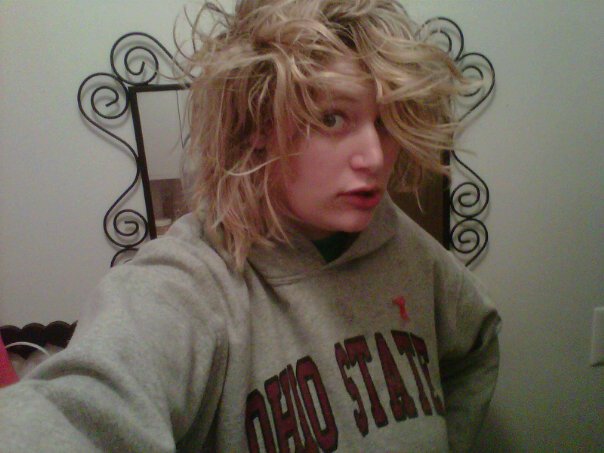 pneumonia hair! look how blonde i was… i miss that

Fast forward to the next winter, when (other than one stomach bug my entire extended family, almost all 20 of us, caught at Thanksgiving & a bad ear infection right after) I feel great! I didn’t get a cold once. I thought that whatever had been wrong with me had cleared up and I was in the clear, but it looks like I just got one good year, because I’m on week three of this head cold, body ache thing. I’m so frustrated because Sixx is coming to visit next week and I was looking forward to finally exploring the culinary offerings of a new city, hitting the bars, and doing fun things that don’t include a lot of Kleenex and my bed. I saw doctors and specialists on and off beginning my sophomore year of high school for things ranging to dangerously low blood pressure, black outs, pupura (if you don’t know what that is, don’t google it- you’ll regret it), I even passed out while playing my tenor saxophone in a December performance. Not fun. Every test I ever went through was normal, except for one showing an enlarged spleen. They never determined if it was causing any problems, but I know it definitely effects me when I’m sick, because it swells even bigger and is really painful. (Mono tests, which would explain the spleen thing, were negative as well. They eventually stopped even testing me for it.)

I’ve felt so crummy the last two days that I’ve skipped the gym and gotten in bed as soon as I got home. Last night, I slept from 8p-5a, then for another hour before I got out of bed. And it just makes the depression creep back in. I guess it was one thing when I was depressed and just wanted to be in bed. Now that my head is right, my body is tired, and it’s frustrating.