On tragedies, therapy, and reconciling…

I’ve been very quiet over the the past few days since the tragedy in Sandy Hook. Things like this, as I’m sure they are for everyone, are hard for me to process, but it wasn’t until I read this article, an interview with Columbine victims, that made me feel like my reaction and feelings were valid. If you feel like reading a post about guns or shots fired or anything like that might be a trigger for you – just walk on by.

On July 7, 2011, my life changed. It was a pretty normal day – I was hanging out at then-boyfriend’s internship, killing time before we went downtown to run some errands for his boss. He was at a bare-bones all-ages venue, we didn’t even have a TV. We definitely didn’t know what was going on in the city when we got in his truck to go pick up ticket money from the local record store. 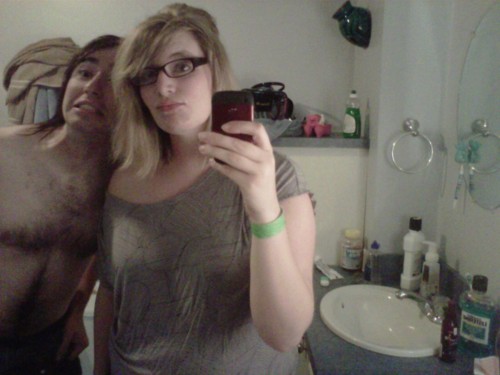 Good morning! I found this picture on my phone only a few months ago, dated and time stamped that morning. Crazy to think now how normal that day was until it wasn’t.

I hopped out to run in, shoved $200 in my pocket, and jumped back in to go back to work. We pulled up to the stoplight, and I heard sirens. I didn’t think it was too weird, since we were literally across from the police station, but the car to the side of us threw it in reverse and turned around. I thought “what a dick, he can’t wait for cops to go through?” since the light had changed to green, and people were staying stopped for the cops to pass. Then, across the street, I saw a white Suburban pull out through traffic.

Then it’s a blur.

Then a cop car t-boned by the suburban.

Then our windshield shattered. 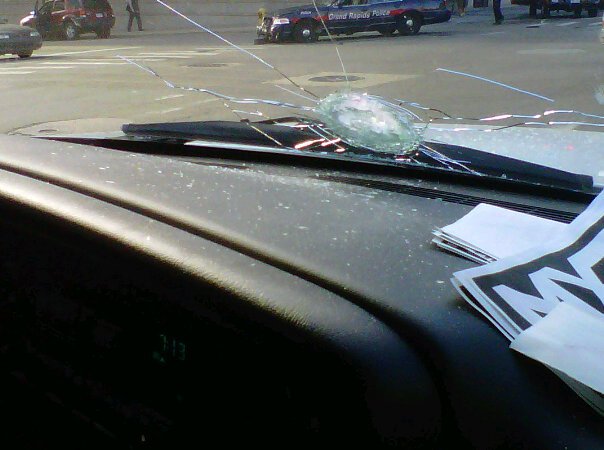 I took this as soon as I sat up for evidence, if it would have been needed for anything.

Then I’m huddled under, hiding under the dashboard, covered in glass and grabbing for his hand. I remember hearing a few more shots. (I found out later that there were many, many more.) And I remember vividly screaming at Sixx to crouch down, because he kept peeking up to watch. (That means he did see the second car hit the Suburban.)

I called 911 and asked where we should go, and she told us to pull up to the police station. A cop took our information, but told us to get out of the area because it still wasn’t safe, so we drove back to his internship. We hunkered down and barricaded ourselves in the office, but without a TV, were glued to spotty online feeds and texts from friends across the state. He took hostages in a house only two miles away – we could still hear everything. Finally, things were quiet enough for long enough that I agreed to go back downtown to have the truck searched and give statements. The rookie cop that searched the truck saw immediately that there was a hole – when we got hit, I had first checked both of us for blood, because I know that when you get shot you do not feel it, and then looked behind me to check the back window. I saw nothing, validating our theory that it had hit the windshield and rolled off, but that wasn’t the case. That was also when I found out that my memories were wildly different than what Sixx saw/heard and what actually happened. I think I was too busy screaming at him to get down to hear a lot of it. 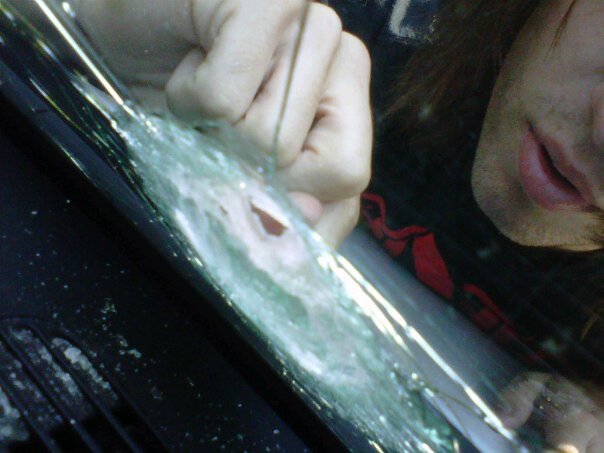 The bullet hit the back window so close to my head that I couldn’t see it when I had turned around. 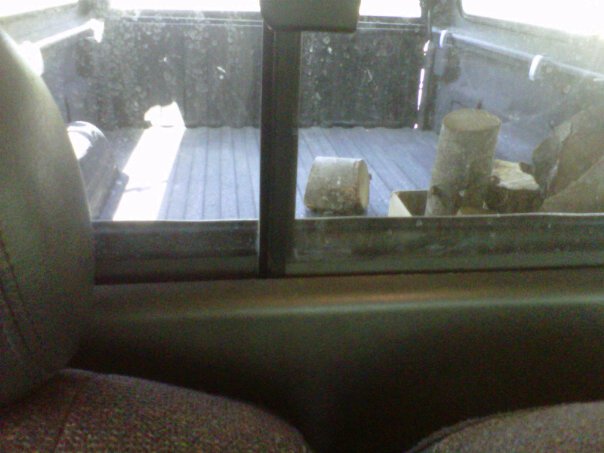 It just looks like a smudge here, but that’s where it hit.

What we didn’t know when we left to run errands was that there was a man who had killed seven people, including his daughter. When he was downtown and hit us, he also shot another ex-girlfriend in the arm. Eventually, and while we were at the police station, he released the hostages and shot himself. It made me really angry, because I’ll never be able to ask him why he almost killed me.

I struggled for a long time. I went to therapy. I still struggle. Sometimes if I’m driving and hear police sirens, I freeze. Sometimes when I’m driving, I half expect to hear the gunshots or see an SUV come hurdling toward me. I still have the “why’s” and the “what if’s” and, when Sixx broke up with me, I had the “how could you have put me through’s”. That part is hard – he’s the only one who shares this connection with me. But we woke up the next morning and the world still spun for us.

So when these tragedies happen, I react differently. I have pretty bad survivor’s guilt. Especially this one. These kids were so young and these teachers were heroes. And they died. I was a no one and wrong place wrong time, but I was okay. I have a hard time reconciling that. I wonder if I will ever be able to feel like a normal person again, able to just feel the abject sorrow instead of my own discourse and why’s.

2 thoughts on “On tragedies, therapy, and reconciling…”